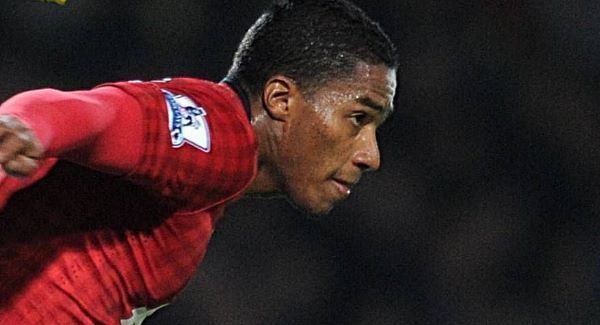 It is one thing to come out in the press and bemoan a lack of playing time when churning out decent performances (we dropped Tevez despite scoring 4 in a game once); but to have the audacity and cheek to criticise the selection policy of our greatest ever manager when he has been sub-par all season was downright callous and naïve from Antonio Valencia.

Speaking after an underwhelming cameo on Monday, Valencia told Ecuadorian reporters:  “They are the manager’s decisions, but I was still a bit upset. Ten minutes is very short for such a tight, difficult game. The important thing is to come on and play, but yeah, you become restless waiting for the next game and wanting to play 90 minutes. In such an important game, to be not taken into account as a starter is upsetting.”

This season, the Ecuadorian has had a fall almost as epic as Felix Baumgartner. He is not the flying winger that was a beast down that right flank, bullying his full-back with his pace and energy. The endeavour has been there, but the goals and assists totals have been too low for a player of his quality.

Part of his makeup that first attracted Sir Alex Ferguson’s gaze was his ability to breeze past his full-back and send over a telling cross that would lead to a chance. Of course, I didn’t need to remind you of this, this was the very Valencia from a year ago, he was outstanding in the latter stage of last season, so much so that his other demotion to the bench against City (last season) arguably meant our in-form player at the time only got 12 minutes of action on that fateful night. That was the Valencia that clean swept all the accolades at the end of season awards dinner.

These days seem like a distant memory now though. Rumours were circulating that the Ecuadorian was playing through the pain barrier, that he was carrying a mysterious injury. Valencia has become a one-trick pony this season, very predictable meaning defenders can setup and shackle him as they know what he will do. He looks reluctant to take on his marker these days- this is the most disappointing thing, particularly as it’s what makes Valencia the force that he can be when on song. Rewind to a year ago, the full-backs were probably quivering at having to deal with Valencia, the shoe is on the other foot this season.

All sorts of excuses have been thrown into the air for Valencia’s fall from grace this season. After having the confidence to ask the manager for the number 7 shirt vacated by Michael Owen, he has not taken inspiration from such an iconic number. Some even suggest that the pressures that come with succeeding the likes of Best, Beckham and Ronaldo, who all flourished with the icon etched on their back, has been too much for the Ecuadorian.

There are ways to channel your frustration which are a better option than having a whinge to your native journalists, Antonio. The best way to deal with the frustration is to actually perform once over the white line. That way you leave the manager with next to no choice but to pencil you in for the next game. Frankly, no winger has stamped his authority on the side this year, none of them have been impossible to leave out due to their form.

It is simple really, if you play badly you will not get selected. So instead of throwing the toys out of the pram; rediscover the form that made you virtually unplayable a year ago.