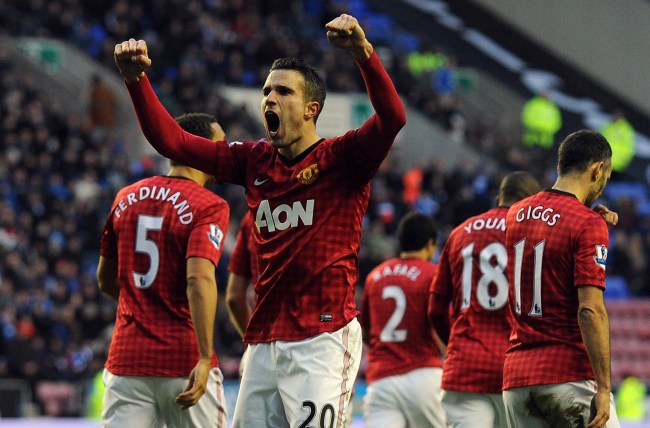 Sir Alex Ferguson has no plans to rest Robin van Persie in the near future regardless of reports, and has urged the striker to follow his own father’s advice to break his goal drought at Manchester United.

Van Persie has failed to score in nine games while managing just one in his past dozen appearances. Internationally, however, he hasn’t done too bad.

Not that I think it’s worth looking into, this is Van Persie’s longest spell without scoring since his arrival in England from Feyenoord in 2004. A player of his class shouldn’t allow it get to him, and no, this is not another case of the Fernando Torres syndrome.

Last weekend a deflected shot of his went in and was credited as a Titus Bramble own goal. Either way, I’m sure he was delighted to have played a part in the only goal of the game.

It should go without mentioning that Van Persie has made an magnificent impact at United this season. When you look back at some of the important goals he scored for us, you’ve got to think where they would have come from if it wasn’t for Ferguson digging deep into his pockets back in August. We lost the league on goals last season, so we went and bought them. It’s as simple as that.

Speaking ahead of Monday’s Manchester derby at Old Trafford, Ferguson said: “Robin doesn’t need a rest, that’s for sure,” the Scot said. “He’s a strong lad with a great physique. It’s disappointing he wasn’t awarded the goal at Sunderland – I can understand that because it took a wicked deflection.

“But the shot was fantastic – hit with such venom, it’s not surprising it took a deflection. His ability to manoeuvre his position at that point was excellent.”

Ferguson retains a firm belief Van Persie will turn his goalscoring situation around. The Scot remembers the wise words his dad once told him.

“My dad always used to say ‘make sure you batter the ball – don’t tap it or try and side-foot it into the net’,” Ferguson continued.

“That’s what I always tell strikers too. If the goalkeeper saves it, you can say ‘what a great save’. But if you try to side-foot it and the keeper catches it easily you get criticised. The goals will come. All strikers have little dry spells. You have to not lose your faith and belief in yourself.”