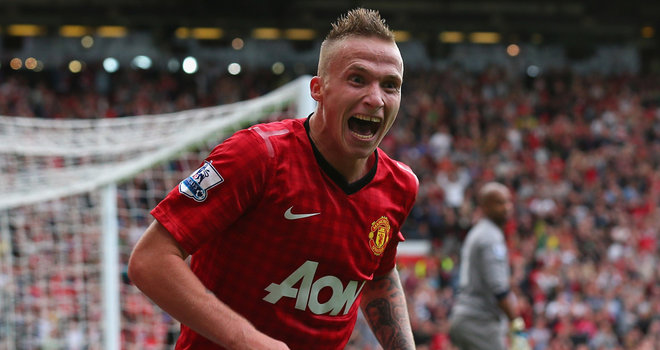 Alexander Buttner has revealed that Sir Alex Ferguson is thrilled with the progress he has made during his first season at Old Trafford.

When Fabio da Silva went off on loan to QPR, we needed to provide cover for Patrice Evra who was receiving criticism ever since the 2010/11 season. Negotiations between Manchester United and Everton in regard to Leighton Baines had broken down, and we were still in search for competition in the left-back position. Out of nowhere, we beat off competition from both West Ham and Southampton to sign Buttner from Vitesse for a fee worth £4 million deal.

We have seen bits and bobs of Buttner but I think the jury is still out on whether he’s good enough. Aged 24, he has made nine starts for United so far this season. And it has had a positive effect on Evra.

Speaking to Voetbal International, Buttner said: “Recently I had a conversation with the manager. He is very pleased with my development. I am too. During the last few months, I have still been in the squad. I’ll surely get my chance and it is lovely to know that is the case.”

Buttner started his United career brilliantly, scoring on his debut in a 4-0 win over Wigan at Old Trafford. Since then we have witnessed bright spells here and there, but he needs to prove himself consistently. The more opportunities he gets, the better he will get.

Next season will say a lot about Buttner’s future at the club. If Fabio returns from his loan spell, the Dutch attack-minded full back will have some doubters.