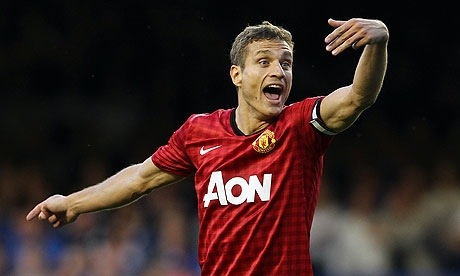 Nemanja Vidic believes he is ‘blessed’ to represent Manchester United.

The Serb is currently club captain at Old Trafford and is aiming to secure a 20th league title with United 15 points clear of City on top of the Premier League.

Aged 31, Vidic arrived in Manchester prior to a two year stint at Spartak Moscow back in January 2006. In recent years there has been talks of him moving to the best of clubs in Italy and Spain, but he is still relishing playing on the “biggest stage in football”.

“It’s brought me huge enjoyment and the opportunity to express myself on what’s probably the biggest stage in football,” Vidic told Inside United. “I feel blessed to play for this club and I learn things every day. I’ve been at United for seven-and-a-half years… I can’t deny I feel something very special.”

Despite struggling with knee injuries the last two years, Vidic is still a dominant figure in our squad. He has made 19 appearances in all competitions this season and we’re back defending brilliantly again.