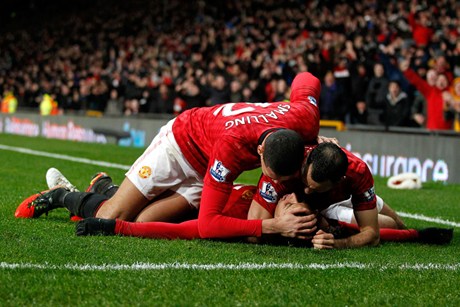 Is it just me or has the rest of the Premier League given up? 18 Points clear – at the moment – and it looks like the 20th title has surged back home like a freight train on the loose.

As I watched United take on Sunderland, one significant point I noticed was how confident the team were. Not hesitating to go for the ball and working even harder off the ball, they were desperate to show the world why United deserve their 13th Premier League title. Michael Carrick was the best player on the pitch, while the rest of the squad were all out to prove a point. Perhaps revenge against Sunderland for the way their fans sang City songs in that unforgettable game? Whatever it was, it seems like it’s working for us. The first half own goal from Titus Bramble was later announced the winner. Robin van Persie, who took the deflected shot, has lately been a bit goal-shy as it has been 8 games without a goal for the Dutchman.

Sir Alex fielded a rather unusual starting 11, leaving important and big-name players both on the bench and off the squad sheet. Fans around the world wondered why the boss has rested so many regulars in a game that was rather personal even for the manager himself. However, pundits believe it was an act of preparation for the games against Chelsea and Man City. Whatever the reason was, the boys on the pitch delivered as expected.

Sunderland did however burst into life during the second half, making it harder for the Reds to dominate as they did in the first half. United could have done way better and even extended the lead as well, but hey the job was done. No regrets.

Well, the Premier League is back, United are back, let’s look forward to a win against Chelsea, shall we? 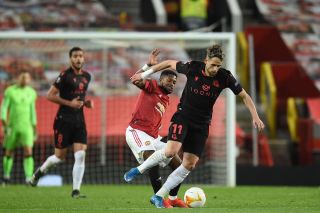