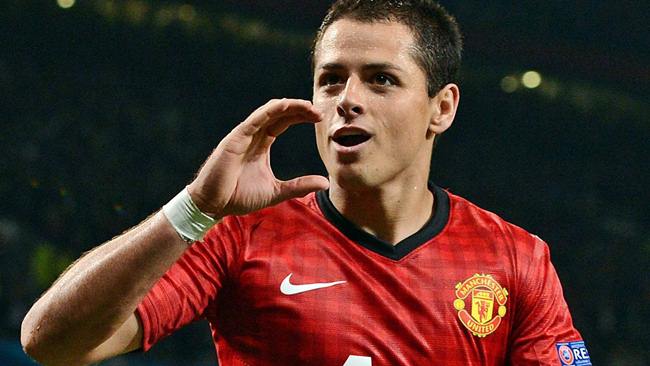 Sir Alex Ferguson has stamped on speculation that Javier Hernandez may be sold in the summer. Since the striker needs to continue proving himself before becoming recognised as the best goal scorer at Manchester United, reports suggest a number of clubs are interested in picking up his signature.

The pecking order for strikers at Old Trafford became even more competitive when Robin van Persie arrived from Arsenal, but that has not stalled anyone’s development. Danny Welbeck and Hernandez have both been giving playing time this season and I think they’ve done well. Some may argue Welbeck’s finishing has been abysmal but his all round play is phenomenal. There is no denying that.

Ferguson is resolutely opposed to parting with the Mexican and that’s totally understandable. Whether he’s in the team every week or not, Chicharito plays an important role in the current squad. What’s more is he always plays with a smile on his face, therefore, is a favourite with the fans.

“He’s on a long contract for a start”, Ferguson told the club’s official site. “We won’t be entertaining any interest from anyone, no doubt about that. As far as we are concerned he is a really important player for us. You can see that any time he comes into a game he changes it. He does something different from the other strikers. I’ve said to Javier that it’s not easy for me to leave him out because a 16-goal tally against the number of games he has started is a fantastic record. He will always have that record because he is a penalty-box player.”

Hernandez has scored 16 times in all competitions for United this season and is expected to start in today’s FA Cup clash against Chelsea at Stamford Bridge.