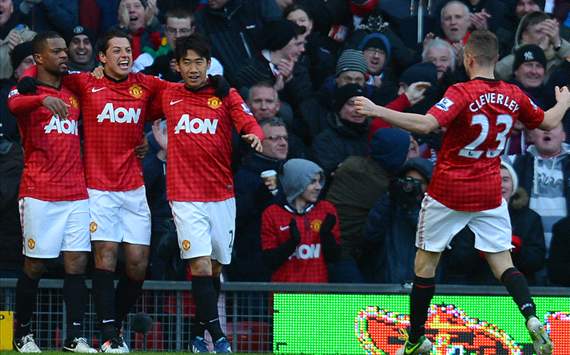 This morning we travel to Stamford Bridge with a place in the FA Cup semi-final up for grabs. Having watched our opponents concede two goals against Southampton at the weekend, this is a game from which we really should be qualifying for the next round. They defended poorly and John Terry proved that he really hasn’t got the legs for it anymore.

Two games in the space of two days seems a lot, especially when both are away from home. On Saturday we beat Sunderland 1-0 at the Stadium of Light thanks to an own goal from Titus Bramble. Performance wise, we did reasonably well considering the amount of players Sir Alex Ferguson rested in preparation for today’s FA Cup clash.

The fact that in the three games we’ve played against Chelsea this season we’ve scored 9 goals and conceded 9 gives you some insight about how both teams approached one another. All games provided nothing but entertainment for neutrals with scoreline’s such as CFC 2-3 MUFC, CFC 5-4 MUFC and MUFC 2-2 Chelsea (first leg of the FA Cup quarter final). Since the game we allowed 5 goals cross the line our defense has improved massively with key players returning from injury. For instance, United have not conceded a single goal in their last 600 minutes (10 hours) of Premier League football.

In terms of the team, I have already noted that Ferguson rested players on Saturday with today in mind. Wayne Rooney, Javier Hernandez and Rio Ferdinand were among a few that didn’t feature. Rafael da Silva was substituted after picking up a knock and Paul Scholes returned to training before the international break. I suspect he’ll play Patrice Evra and Chris Smalling in the full back positions with Evans alongside Ferdinand in the heart of defence.

It wouldn’t actually surprised me if Michael Carrick started beside Scholes in midfield, but it’s great to see that we’ve got options. I feel Mr. Inch Perfect deserves a rest but we cannot take too many risks against the Blues. Nick Powell was on the bench against Sunderland so you never know if Ferguson fancies awarding him minutes against a top side like Chelsea.

Speaking to the press before the game Fergie claimed Chelsea have had easy routes to the semi-finals down the years: “They have a good record, but we try to win it every year,” he said. “The last few seasons we’ve had some very difficult draws. I think Chelsea have enjoyed the benefit of home draws over the past few years and I don’t think they have had one hard game in their run to semi-finals over the years. And that helps, there’s no doubt about that. But they have us to play and Stamford Bridge won’t be easy.”

Meanwhile Nemanja Vidic has spoken about how desperate he is to add the FA Cup to his list of honours. Not many members of our current squad have winners medals in the competition and that’s poor when you consider how long Vidic has been at Old Trafford. At the end of the day, the league is our bread and butter. But with a squad of such strength in depth it’s a realistic ambition to win the double.

Chelsea are a side under serious pressure with Rafa Benitez getting abuse week-in week-out on the terraces from his own supporters. However I don’t disagree with what the fans are doing. They didn’t want the prick in the first place but I do feel they shouldn’t ignore Roman Abramovich when it comes to pointing the finger of blame. Imagine the shit Rafa would get at United…

I always expect us to score no matter what, so if we can keep a clean sheet we’ll go through. It probably won’t be as easy as that though. Chelsea have some frightening talents when it comes to going forward as do we. The most important thing is that we perform. We’re away from home but I fancy us qualifying.