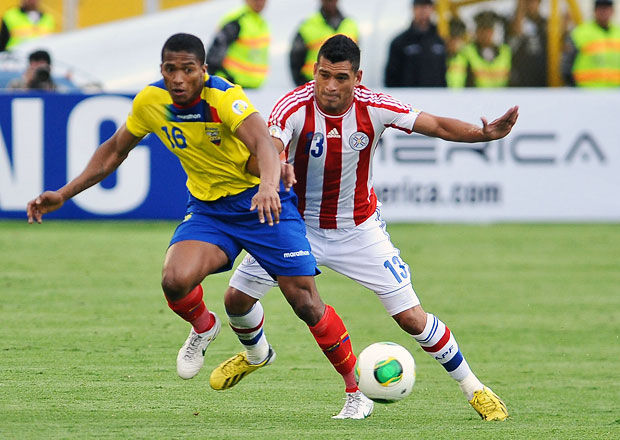 It’s not often you see Antonio Valencia shoot with his left and that adds to his strike’s superiority. In Ecuador’s 4-1 victory over Paraguay Valencia scored a beaut which was later ruled out by the linesman’s flag.

Valencia has had a poor season, performance wise, for Manchester United. On the most recent international break, the 27-year-old has shown signs of a major confidence boost. It would be a bonus for Sir Alex Ferguson to have him back in form causing full backs in the Premier League nightmares.

Hopefully he can score one or two like that (watch below) for us this season. But obviously ones that count.