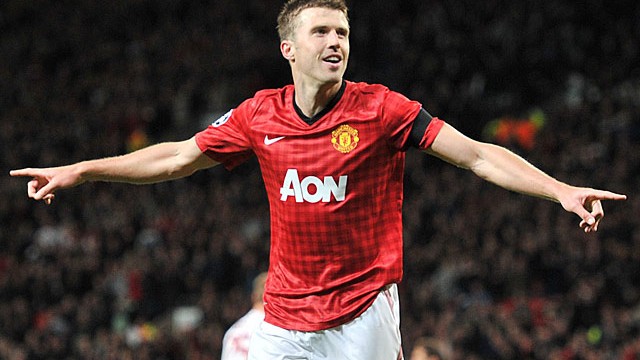 For a re-established England international, the cornerstone of Manchester United’s midfield for 6 years now and a player of rich résumé, Michael Carrick is ridiculously under-rated.

Onlookers of a non-United persuasion would be effing and blinding calling that statement fallacious, how can a Manchester United player be ‘under-rated’? The fact of the matter is that both England and United have suffered when the Geordie is not in the starting eleven.

Questions regarding his ability have reared its head probably more times than he has appeared for his country, in his early United days Carrick was labelled as a ‘nothing’ player, poor passing, no defined role, no Roy Keane.

The man from the North-East is having the last laugh, his trophy cabinet is bulging and is set to be increased further come May, 4 Premier League winners medals, appeared in 3 Champions League finals, the Carling Cup and FIFA Club World Cup all won. Not bad for that Mr ‘Nothing’.  This just goes to highlight that Carrick is not just an ordinary, run of the mill English midfielder.

All aforementioned slanderous criticisms are finally appearing to be unproven and outdated. Carrick’s role in the side has always been to collect the ball from the defenders and, with simplicity and efficiency at the forefront of his mind, pass the baton to the more naturally creative players who play in front of him. Carrick has taken his game to the next level and justifiably drew special praise from Barcelona’s Xavi, a player who has been the benchmark for creative wizardry and simplicity in midfield.

He has mastered the role of being that cushion and shield in front of the defence. Those who labelled Carrick’s passing as ‘wayward’ or ‘sideways’ are probably ruing the fact that Carrick has made more forward passes (successful ones too) than any other midfield in England this season. He really has taken the mantle from Paul Scholes and become the best passer in Manchester. He has slipped into Scholes’ previously big boots to fill seamlessly and quietly effectively- this is Carrick’s core mantra though, we would not expect anything other than that.

Carrick’s game was never centred on being a bustling, box-to-box natural scoring threat. However, as exemplified with a brilliant solo goal versus QPR last season, Carrick can pull that rabbit out of the hat too when the opportunity arises.

What’s more, to say he does little in defence is bordering on ridiculous. Carrick averages 2.5 tackles, 2.1 interceptions and 3.3 clearances per match. For those wondering, that’s more than any other midfielder in Manchester, including Manchester City players. This effective shield is a big factor when determining how United shored up our defence, which was atypically leaky and shaky during the first half of the campaign.

Carrick is seemingly at his best by just ticking things over, helping launch the attacking springboard by keeping it simple and being an avid believer in the art of ball retention. It remains staggering that Carrick was often shunned by his country, a country that lacked a cool-head in midfield, someone whose bread and butter was dealing with possession and starting attacks. Instead, substance was often preferred to the more refined variety, which is why ‘lion heart’ Scott Parker and Gareth Barry were often preferred to the Geordie when it came to the crunch.

The fact that so many top European midfielders mention Carrick’s name when talking about standout performers and who they have admiring glances for speaks volumes. Carrick would be hugely appreciated in the Italian, Spanish, German or Dutch setup. England’s previous loss has certainly turned out to be United’s gain.

Against Montenegro last night, you would have been forgiven for thinking that Carrick had been the recipient of over 100 caps for his country rather than Steven Gerrard. Carrick, although not as brash going forward, trumped Gerrard  in not over-complicating things and simply keeping possession, a vital recipe for success when playing in someone else’s backyard.

Of course, when people analyse how our season has thus far shaped up, the immediate and obvious conclusion is that Robin Van Persie’s guile and goals have proved to be the catalyst in us holding our 15 point cushion. Much like his playing style, Carrick’s role in the side has slipped under the radar. To have been a virtual ever-present in the engine room of a team who is romping away with the title, to have drawn special praise from the greatest modern manager who said that Carrick is enjoying his best ever season at United- it is hard to fathom why he has only just recently been showered with the tributes he merits.

His calm and assured distribution provides the base for us to assert control of games and the 31-year-old has demonstrated a variety to his passing which suggests he’s much more than a “short, back and sideways” man (just look at the ridiculous assist he provided in the FA Cup against Chelsea for Chicharito’s looping header- eyes in the back of his head material, sheer class).

So often the stereotypical footballing equivalent of marmite, Carrick is finally winning over those who saw his grace in a different light. He has become United’s Mr Consistent in midfield. So much so that the looming retirement of his predecessor and passing virtuoso Paul Scholes will probably not hit United as hard as it would have previously. Carrick has taken on the mantle and revelling in the ambition to emulate the Ginger sat-nav.

Carrick has churned out high-class performances for 2 years now, consistently making midfield play look effortless. You are not a bad player when Sir Alex Ferguson sees you as one of the first names on his team-sheet; Carrick has been exactly that for a long time now.

Under-rated for too long and will probably continue to be, surely now is the time for Carrick to get the recognition he deserves. 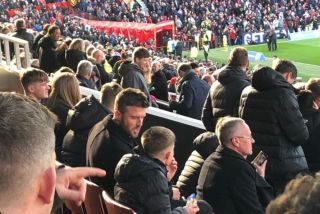 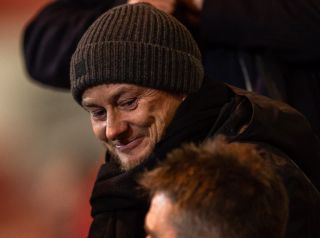 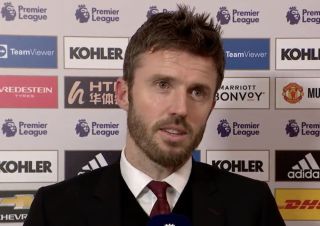