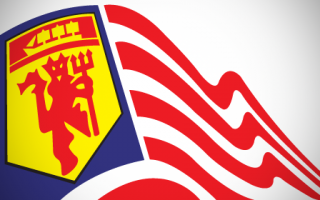 When Bloomberg published a bizarrely titled Glazer loving article last night they sparked a debate. Kyle Diller, representing One United USA, the official Manchester United supporters club for the United States of America was among many American fans outraged.

Let’s just dive right in. I’m a Manchester United supporter. Have been since I was a child. I was also born and raised in the United States. If any rival fans are reading this, now is your chance to dish out the customary “glory hunter” nonsense. Anyway, moving on…

Of course, the basis of the article was fans’ hatred for the Glazer family. Unfortunately, the disdain for one American family somehow transformed into a shocking generalisation of “Yank-Hating” United supporters. Before even starting on the article, the mere sight of that five-word headline left me disappointed and appalled.

Mahler personified ignorance in this horrific article, not only through his completely unfounded generalization of “Yank-Hating” United supporters, but also with his complete lack of understanding for the current state of affairs at Old Trafford. The arguments he makes for the Glazers are so devoid of the pertinent facts that to even try to educate him seems like an unattainable pursuit.

I try to make the trip to Old Trafford as much as I can, which is unfortunately not nearly as often as I like. My last trip to Old Trafford was in March 2011 against Bolton. Before that it was March 2008 against Liverpool. Those have been my two trips since the hostile Glazer takeover in 2005.

On both occasions, not only did I feel no hostility, but I was also welcomed by the supporters around me. In fact, I even stayed with a fellow supporter during my time in Manchester for the Bolton match. He and his wife were absolutely nothing but accommodating. I shared pints with fellow supporters and enjoyed a great deal of debate about the club we all love.

Not once was I singled out for my accent. No one associated me with the Glazer family because of my nationality. It was all smiles and welcomes. Since then I’ve been invited to contribute on both fan blogs from abroad and the club’s official website. Again, it has been nothing but welcoming.

The concept of “Yank-Hating” supporters just scratches the surface, though. Beyond such terrible and shocking generalisations being thrown about, the article has completely misjudged the climate at Old Trafford.

Mahler goes on the defensive, seemingly on behalf of the Glazer family. In reality, this article shouldn’t even have had life to begin with because there is no defending the current situation. His arguments of defense are entirely invalid and his lazy ignorance is painstakingly apparent throughout.

Ignoring his constant use of the term “Man U” throughout the article, statements like “It’s true that the Glazers…borrowed some $800 million from hedge funds to buy the club” prove just how out of touch he is with reality. $800 million! Yet he dismisses it like that’s no big deal. Meanwhile the club continues to burden that debt while the Glazers sit in Florida siphoning money from Old Trafford.

He goes onto claim that Manchester United continue to enjoy success on the pitch, so why should we care about the debt and the owners?

Again, this argument could be dismissed just by the sheer lack of research Mahler put into the article. One of the first paragraphs states, “In the hypercompetitive world of European soccer, winning one title is huge. Winning two is almost unheard of.” Just one quick check on the recent champions of England, Spain, or any other top European league would reveal how invalid such a statement is. I mean, how many titles have United won since the Premier League’s inception? How many times haves Real Madrid and Barcelona won La Liga? I rest my case.

But why should fans care? That’s what Mahler is asking, after all. While at its very core, the objective of sports is to win; the meaning of a sports club has evolved over time. For many, United is a way of life. It’s a religion. It’s not just about winning or losing, but rather about the club itself. What it represents, the fans that represents it, the community of fellow supporters that make the club what it is.

One day I want my children to love the club that I’ve devoted my life to. Of course I’d prefer United’s success continue for my hypothetical future children to enjoy, but I want them to love the club all the same. Win or lose. The fact remains that owners such as the Glazers jeopardize this dream.

The article does make the valid point that the club is nowhere near the brink of collapse. Fair enough, the club continues to succeed on the pitch as well as generating incredible revenue off it. We’ll just ignore that much of that revenue has to service the immense debt.

However, ignoring wins, losses and finances, it all goes back to what the club stands for. To me, the club very much has its own soul.

To me, that’s the biggest fear. For club to lose its soul. While marketing operations continue to drive immense revenue, it feels like part of the club’s soul is being sold off. I’m not talking about jersey or training kit sponsorships. That’s part of today’s game. But seeing the logo of former sponsors AIG on a tribute to the Munich air disaster was more than enough to make me cringe. I want those aforementioned hypothetical children of mine to support the same club I love, not a version warped by the greedy of one family.

That’s what we’re fighting against. Football clubs are a business, but at the same time they aren’t. Manchester United is a way of life for its supporters. Supporters that the Glazer family continues to ignore and push away. We have a history so rich and romantic, something truly worth appreciating, yet our beautiful story is being marred by leeches who care only for their pockets and not for the club.

Ultimately, I can claim nothing but disappointment after reading Mahler’s article. To make sure a remarkable claim in the headline and support it with false generalizations and lazy research is unforgivable in journalism. It unjustly gives Manchester United supporters a bad name. As an American, a fan of the beautiful game and a supporter of Manchester United, such an article is truly a tragedy.