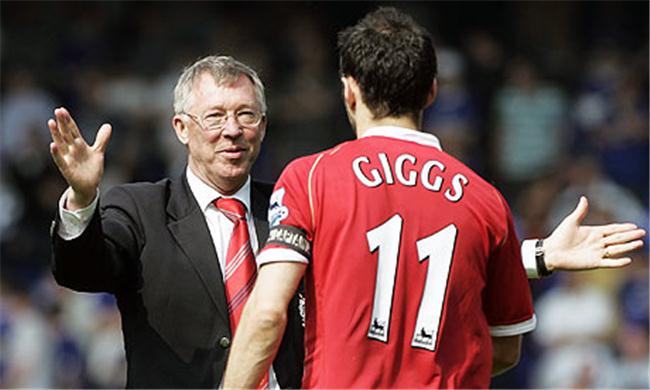 Today in the papers, Ole Gunnar Solskjaer has been quoted as saying that Ryan Giggs is wanting to become next Manchester United manager. Where this is just rumour, could it work?

With the retirement of Alex Ferguson seemingly impending, it is becoming more and more uncertain who will eventually replace him. Jose Mourinho is most peoples favourite for the job, fuelled by his decorum before, during and after the recent game against Real Madrid. Pep Guardiola was also touted as being the one, but has taken himself out of the running by accepting the Bayern Munich job. But no former players have yet been linked with the job, and Ryan Giggs seems to be a good shout as the successor.

Giggs has been at the club for an incredible amount of time now, and of course Ferguson has a lot of confidence in him. In his time here, the Welshman has been observing Ferguson and how he manages the side, the tactics, the hairdryer treatment, the building fall of a successful squad, and the subsequent building of a new one, its safe to say he has seen it all, and will have learnt from it. As far as people from the same mould as Giggs, Gary Neville seems to be intent on pursuing a punditry and coaching role as opposed to managers, and Paul Scholes, you would think, would be far too shy to jump into the limelight of taking the managers job, in spite of some experience last season with the Reserves.

So with the media, and fan, attention focussing on an already established manager such as Jose Mourinho, could there be a big turn up for the books, and Sir Alex is really planning for Giggs to be the next man for the job? It may mean Alex Ferguson doing as Sir Matt Busby did, and staying on for a couple of years in an alternative role and nurturing the new manager, where a ‘big’ appointment of Mourinho etc. would not allow.

So I wonder, is this just rumour, and something to take with a pinch of salt, or could it be something to start thinking about as a realistic scenario and maybe get excited?

One response to “Could Giggs become Ferguson’s successor?”