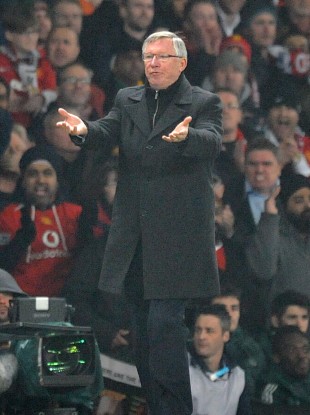 As the lights went out at Old Trafford after one of the most phenomenal nights it has recently seen, United fans around the globe were silenced in disbelief and disappointment. Everything that went according to plan, every minute of joy that we felt was all met with the feeling of being robbed. An unfair decision by the match official has cost us one of Europe’s biggest price; The Champions League.

The world reacted. Footballers from the top leagues expressed their opinions. Pundits had their voices heard. Real Madrid has proceeded to the next round after defeating Manchester United at Old Trafford. That was the bottom line, whether it was the right call or not.

A new day dawned. United are still leading the league and have a great chance of moving forward in the FA Cup.  The focus must now be shifted from the treble hopes to winning a doubles this season. Here we are, the day of the next game, a chance to come back to winning ways, a chance to get back the confidence and most of all a chance to move on. Nothing gets the fans going again, better than witnessing a fine performance. A winning performance.

Chelsea has had great success in the FA cup and they themselves will be looking to draw some positives from the fixture. Their side has seen their better days and would certainly not look forward to keeping it that way. Although they have had managerial issues and other difficulties this season, they are still a dangerous side to face. Benitez, their current – interim – manager has plenty of experience in facing Sir Alex. But the one thing United definitely has (that Chelsea obviously do not, at the moment) is the raging desire to thrash a team. The opportunity to claim victory with the battle-scared soldiers that undeservingly fell that night in Old Trafford.

Adding to the positive side is the news of the returning legend Paul Scholes. He has not been instrumental in most of the success this season but few would argue that he is not capable of taking care of a job. Robin Van Persie struggled to find his form against Real Madrid but it would still be an understatement to say that he has lost his form. Coming back to full match fitness is also a man that has given players such confidence and hope. Wayne Rooney, the talisman of United has been the top news the past few days in the tabloids. But on the pitch, he would be one of the worst nightmares to any defender who comes up against him.

So with a roster that’s aching for success and a manager who has never felt hungrier for silverware, Manchester United are now ready to move on. Bags of positives on their side, the fans must now stop dwelling on disappointment and get back into Old Trafford to get behind our team. We must now recreate the brilliant atmosphere that the world witnessed against Madrid to send a loud but clear message to our players. “You did your best and we appreciate your efforts, you fought for us and we value your service. Lets move on and win, the United way”.

One response to “Moving on after Real Madrid defeat”