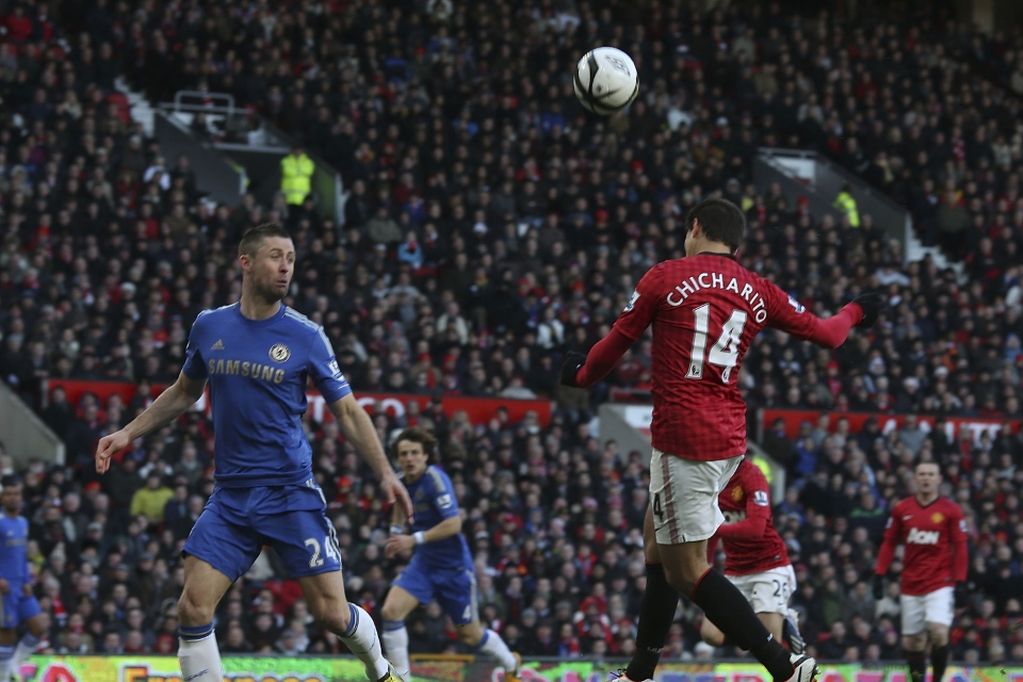 After the overwhelming disappointment of Tuesday night’s robbery against Real Madrid, the treble dream may be dashed for another year but the domestic double is still very much alive. However, the chance to end our 9 year FA Cup drought will not be as straightforward as anticipated. A potential semi-final match-up against the noisy neighbours will be determined by means of a replay against Chelsea, who fought their way back from a 2-0 deficit at Old Trafford.

Before the quarter-final match, there were various sub-plots and spiky match-ups. The obvious unfounded tabloid column inches which were writing Wayne Rooney’s footballing obituary with United were laid to rest with the Scouser taking his place in the line-up, amidst intense speculation which was needless at its core. It was Ferguson against Benitez, who do not see eye to eye on most matters, doubtless that a glass of Chardonnay would not have been shared when the footballing battle ended.

Much attention was focused on our unfortunate, Portuguese No.17. So often the subject of waves of stick from our supporters and the outright scapegoat of the side in the eyes of many disapprovers in the early season exchanges, for Nani to have rekindled recent form that made him a real tour de force and one of the most destructive wingers in European football in 2010 has been nothing short of staggering. After ‘that’ red-card, Nani was said to be ‘inconsolable’ and ‘distraught’. Speculation was rife regarding whether that monstrosity would be the final straw for the mercurial winger. So it was a feather in Nani’s cap that he was entrusted with righting the ‘wrongs’ by retaining his place in the line-up. It was a distinct demonstration of faith from the manager, who must have known deep down that Nani would have been itching to set the record straight, to make amends to him, the players and the fans and to drop the winger would have surely had cataclysmically detrimental consequences regarding the confidence levels, which is something Nani needs to thrive on. Latin players are not generally perceived to be good handlers of criticism, so for Nani to have that collective United arm on the shoulder must have been the tonic he needed.

From the outset it looked for all intents and purposes that we were focused on the job at hand and keen to erase the bitter remnants of midweek. Any lasting aftertaste of Madrid transcended within minutes, as we set about our business in the first half with a bullish relish. Four minutes on the clock, and United were ahead: Chicharito polished off a United move with a looping header that seemingly took an age to hit the net, but the immediate credit did not go to the little Mexican. First to be congratulated was Michael Carrick. Collecting the ball in midfield, he found the space required, and with eyes in the back of his head put the ball on a sixpence with a raking long reverse pass. It has taken a while for Carrick to endear himself to the United faithful, in fact he still has his critics unbelievably, but his contributions are finally being recognised, so much so that he has a song which goes by the words of ‘hard to believe it’s not Scholes’, Scholesy must be looking for his sat-nav- Carrick rarely wastes a ball and the pick-out to Hernandez was sumptuously executed and technically sublime.

The early goal seemed to knock the stuffing out of Chelsea and lifted any bleak clouds; we had our tails up at this point. As Nani ghosted past Victor Moses who hauled him down, a chance to extend the lead presented itself. The man for whom most of the paparazzi gazes and media scribbles centred around was in charge of the free-kick. Rooney’s delivery evaded everybody and nestled into the corner to double our lead on 10 minutes. As he peeled away with a beaming smile, arms aloft taking in the cheers, applause and chants of ‘ROONEY’, did he look like a man whose relationship with the manager had reached breaking point or did he look like he didn’t want to be there? Fat chance, Rooney’s foreseeable future is with us, everyone knows it (apart from the Sun).

At this point, the situation was decidedly rosy. 2-0 to the good with 10 minutes on the clock, I bet many were assuming damage limitation, how many did United want to score? Sadly, the game shifted emphasis with an innocuous injury to that man Nani. The word on the grapevine is that Nani was only substituted as a precautionary measure and the injury is not serious. It was unfortunate in it’s timing on a few levels: Nani was in the process of continuing his upturn in fortune and form by being the cornerstone of everything impressive in an attacking sense. Most of the high-tempo, sharp movement and fluid passing was coming through the Portuguese, who was once again proving to be our most effective weapon. He looked in the mood and was our most dangerous outlet against Madrid on the counter attack, and in recent times the Nani who was looking a shadow of his previous destructive self was transforming into the winger we all knew and loved. There has never been any doubting Nani’s ability, just the consistency of his play. Granted, Nani is a player that can sometimes infuriate, but that does not mean he is a write-off or someone to be shunned. Unpredictable player s are a rare commodity and gold-dust, the galvanisation of Nani in recent weeks has been down to the faith shown by the manager and the supporters, which is why it was a shame to see him substituted just on the eve of half-time.

His replacement, Antonio Valencia, has had a monumental fall from grace. The winger who would tear up and down the wing, taking on his marker and providing incredible energy and pace seemingly appears in the scrapbook as a distinct memory. The Valencia of 2012-13 is devoid of any discernible confidence, looks afraid to take on his marker- the foot would have been on the other foot a year ago, and is cutting a more and more peripheral figure due to Nani leapfrogging the Ecuadorian.

It was no coincidence that the game shifted emphasis due to 3 telling factors:
Firstly, the aforementioned premature departure of Nani meant United lost a lot of their attacking verve in the second half, Ashley Cole, who was made to look like a Sunday league player chasing Nani’s shadow and not a man of 100 International caps, felt more at ease against an out of sorts and confidence less Valencia.

Secondly, the introduction of Eden Hazard gave Chelsea an out-ball. The Belgian, who United famously courted, scored a peach past De Gea and gave Rafael the run around.

Maybe most significantly, the exerts and tribulations of Tuesday night had an untold effect on the players in the second half. With a two goal cushion and mantra to not go for the jugular, United sat back and allowed Chelsea’s creative trio of Mata, Oscar and Hazard to dictate terms. United looked decidedly leggy, particularly in the engine room- where Carrick and Cleverley had put in grafting shifts against Mourinho’s boys and the full-back areas, Ferguson resisted temptations to rest Rafael or Evra, it showed in the second half as they were ‘knackered’ according to the manager.

Chelsea’s comeback was complete when Ramires hit United on the counter, turned inside Jonny Evans and his left-footed shot squirmed past De Gea, who rightly felt he should’ve kept it out. De Gea went from villain to hero as Chelsea almost unfathomably won the tie.

Mata typically wriggled his way through onto his stronger side, but from close range the outstretched boot of De Gea kept out his effort which ensured we kept our name in the frame for a league and cup double.

We never take the easy way out at United. Look at how we won the FA Cup in ’99 as evidence, replays here there and everywhere. With the prize a semi-final against that lot and not a congested fixture pile-up, we might be taking a similar road.