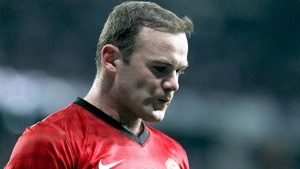 Once more we are faced with rumours about Wayne leaving the club, something that, this season mainly, has been a recurring theme.

At the back end of last year (boxing day to be precise), Rooney was left out of the game against Newcastle due to an injury sustained in training. Had this been Michael Carrick nobody would have blinked, but because it was Wayne, rumours were rife that he and Sir Alex Ferguson had a fall out and he was heading out of the club in January. Media hype is how I described this, and it was brushed off.

However, we find ourselves a year down the line, and the story is the same once more.

It is becoming a recurring theme now; Rooney is left out of the starting XI (whether it be on the bench, or out of the squad completely) and all of a sudden he is leaving the club. Ferguson isn’t one to let these things affect him, nor is Wayne for that matter, but this constant talk of him leaving every time he is left out must surely have a negative effect on all fronts.

Since the arrival of Robin van Persie, our dependence on Wayne that had built since Ronaldo’s departure has somewhat subsided, no longer are we reliant on him being the goalscorer we need to push us towards any major honours we are challenging for. Javier Hernandez went some way trying to decrease this dependence with his phenomenal debut season, but last year suffered from ‘second season syndrome’ and was something of an enigma, not scoring with even half of the efficiency he had shown the previous. Dimitar Berbatov was (rather unfortunate in my opinion) a resounding failure in the red of United, and Danny Welbeck is improving.

All in all, the arrival of Van Persie has lessened Rooney’s demand in scoring 30+ a season, and allows him to do what he does best, drop deep and link up with a goalscorer (like with Ronaldo).

If Rooney’s not going to be used as a striker, which it seems he is not going to be, he will be played in the hole behind Van Persie, also where Shinji plays. He can be played in central midfield (as Newcastle in the League Cup proved), but with Cleverley seemingly beginning blossom, and Michael Carrick a lynchpin, he is not needed in that area. He can be played out wide, but I feel this leaves him ineffective in terms of his tactical role and natural gameplay. So with all this considered, and on an assumption that Kagawa can now only go from strength to strength, Wayne is looking more and more like having a role as a rotation player in the not too distant future. This could come as a detriment to both player and club, he will miss what could be his peak, and United could miss out on getting very good money for him, to be utilised on building a squad for the future.

There is no doubting the influence Wayne Rooney has had in his time at the club, he has been a phenomenal player, and for the most part, a good servant. But I’m just wondering if he is as indispensable as people think, or is it time for us to move on and find a new man for the job?

4 responses to “Would selling Rooney be a bad thing?”