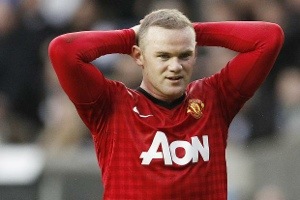 It was reported last night that Manchester United will consider the sale of Wayne Rooney in the summer for a fee of around £35 million. These stories are not a result of the England international being benched midweek for our second leg tie against Real Madrid. They have been around for months with the club picking up valuations from a few foreign outlets.

When speculation began linking Cristiano Ronaldo with a return to Old Trafford it looked almost impossible financially. The player himself is not happy in Madrid and the club are monitoring the situation. It’s a long way off from happening, but the sale of Rooney would not only give us more money to spend in the market but it would grant the opportunity to offer higher wages.

A number of fans have not fully forgiven Rooney for attempting to force his way out in October 2010 when he questioned the ambition of the club. It resulted in a U-turn with the striker getting an increased salary which made it look as if he held United for ransom.

There is no doubt that Rooney is one of our most influential players. He is on course to break the England goal record needing just 17 goals. Whereas at United he is 55 goals away from taking the all-time record from Sir Bobby Charlton.

People are questioning whether Rooney would move to a foreign club. I’m not too sure. I personally wouldn’t like to see him at another English outlet, but you never know in football. Stranger things have happened. So far, the only club to have expressed an interest are Paris Saint-Germain as reported by the Times a week ago.

Like I said earlier, this is a long way off from happening. The negotiation process could go either way like we have seen previously. My question, however, is if a Ronaldo return was promised at the expense of Rooney, would you go with it?

9 responses to “Rooney to leave United?”