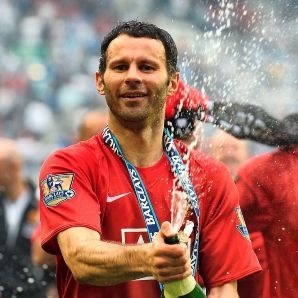 For many a professional footballer, they could only dream of enjoying a career that would not even be half as glittering as our Welsh wing wizard, Ryan Giggs. Most footballers look back on their careers without having made history. Unless your name is Ryan Giggs.

Tonight against Real Madrid, Sir Alex Ferguson promised the evergreen Welshman that his unprecedented landmark would come either against Norwich or he would be saved for this momentous occasion.

Many have praised the decision from the manager to spare Giggs his moment in the sun against Norwich – which turned out to be a walk in the park. In contrast, just imagine the reception and atmosphere that Old Trafford will generate when it is announced that Giggs will appear against Real Madrid in what will be his 1000th match for Manchester United. The atmosphere will be electric, similar to that glory night at Old Trafford when Paul Scholes’ thunderbolt roared past Victor Valdes to ensure we booked our passage to Moscow.

Old Trafford will probably have not seen a game of such importance and epic proportions since that magic evening in 2008. Giggs’ milestone, tying in with the homecoming of you know who, will result in a cauldron of noise and hopefully a game to match.

Just read it again and absorb the enormity of such an achievement. One… thousand… games. To even play 500 games at the highest level is quite an achievement. To double that feat, having to adapt his game and position as the years drag on and legs grow older and still be prominent and tearing down the left wing which he made his own at Old Trafford is simply miraculous and a great privilege to be watching now. Giggs has made the grass burn over the years, leaving countless defenders on their backsides with his scorching pace. Giggs has invited us down Memory Lane is recent weeks, his performances down that wing have made us all wish that he was 21 again (the grey hair is a bit of a giveaway that he is not), maybe even 31, it seems like age is no barrier to the Welshman.

Giggs took his time to open his account for the season this year. I, like many, were fretting at the grim prospect of Giggs not continuing his own unique legacy. As he calmly slotted the ball into the net with his right-foot against Everton in February, the relief was palpable and it ensured that Giggs has still scored in every Premier League season. Before Giggs ended his drought, many believed that it would take a penalty (now Wayne Rooney has stepped aside from duty) to end the wait for a goal. But oh ye of little faith. Thankfully such a generosity or charity was not required.

Most players are not overly concerned by numbers or statistics. It seems though as if Giggs enjoys delivering on stand out figures. The script was perfectly written for the Welshman on his 900th appearance: Drawing at Norwich, which was a must-win game, Ashley Young’s inviting cross in the 90th minute was turned in at the back-post by Giggs, who wheeled away fists clenched, knowing the importance of the strike. We needed a saviour that day, there was no better man to inflict a striking blow than the record-breaker. In his 999th game, our last away-game at QPR, Giggs rolled back the years and scored a left-footed shot that rekindled memories of a stunning solo goal he notched against the same opponents, at the same end of the ground, in the same corner of the net.

That Hollywood style ending to the Norwich game seemed like a massive moment in the title race, had we not surrendered that 8 point lead, Giggs’ goal would have been the goal that stood out and where the title race might have shifted. After that game, the manager paid homage to our No.11: “For a player to play for one club for 900 games is exceptional, and it won’t be done again. He deserved that goal for his service to the club. He’s had an amazing career and is an amazing man’.

Of course, the words that I say do not tell half the story nor do they give the man enough credit for what has and still is a sterling career, Giggs has been a modern-day phenomenon. We should enjoy Ryan’s footballing grace and ability for as long as possible, his career is not on a downward spiral nor is he showing any signs of physical deterioration.

We have been more than blessed to have had 23 glorious years of Giggs tearing teams apart, we are witnessing something truly special, a man we will never see the like of again.

It would be fitting on his 1000th game, if he scored the goal that sends us through to the next round.

Congratulations on your outstanding achievement, Ryan.

“Maybe one day people will say I was another Ryan Giggs”- George Best.

“Any manager in the world would want Giggs in their side”- Dunga.

“Only 2 players have ever made me cry whilst watching football- one was Maradona, the other was Ryan Giggs”- Alessandro Del Piero.

“Giggs is a great player. I still vividly remember the games I played against him. My shock after watching Giggs play for the first time was very similar to the shock after seeing Luiz Ronaldo. If he was French, Pires or myself would have been on the bench”- Zinedine Zidane.

“He has the most talent than any other football player. He is delicate and dynamic. He is the player chosen by god.”- Luis Figo.

“Ryan makes you believe there is a footballing God”- Ron Atkinson.

“Eric Cantona is a great player, but he’s not as good as Ryan Giggs”- Johan Cruyff.

“The first time I saw Giggsy I thought ‘this guy’s an absolute natural’”- Bryan Robson.

“It’s almost impossible to replace a player like Ryan Giggs – you do not find many players like him. He is a rarity. He has world class attributes and has achieved so much at one club. You can only look up to him”- Sir Alex Ferguson.

“I can’t remember exactly how old I was but I remember pretending to be Ryan in the back garden”- Tom Cleverley.

“I remember the first time I saw him. He was 13 and he floated across the ground like a cocker spaniel chasing a piece of silver paper in the wind”- Sir Alex Ferguson.

“I think it will only be when he hangs up his boots that people will realise just how remarkable a player he is and just what he has achieved”- Rio Ferdinand.

“A young Giggsy was like a Ballet Dancer. I had never seen a young player like that and I had seen the Busby Babes”- Eric Harrison.