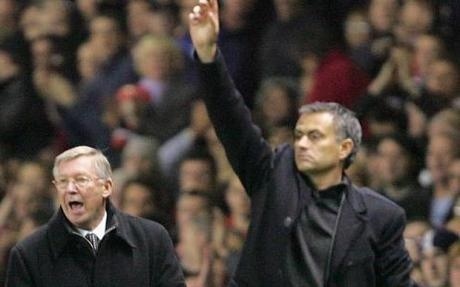 Mourinho held his press conference at Old Trafford where he was tame and perhaps trying to play his cards rights. It is unlike the 50-year-old to hold back from causing commotion but maybe United are a club he hopes to manage one day.

The Madrid boss remarkably spoke about controlling emotions. He insists he won’t repeat the infamous Porto celebration if his team qualify for the next round. All in all, his body language was much more downbeat than usual. In comparison to Sir Alex Ferguson, he doesn’t appear up for it but I’m sure his players are.

“We are effectively behind in the scoreline on away goals,” Mourinho said. “It’s only 1-1, we will have to attack and be bold. I’ve played at Old Trafford 15 times, I’ve won, drawn and lost so my previous records do not matter. The thing that matters is tomorrow any can happen. I know big matches well enough – tomorrow we can go through or go out.”