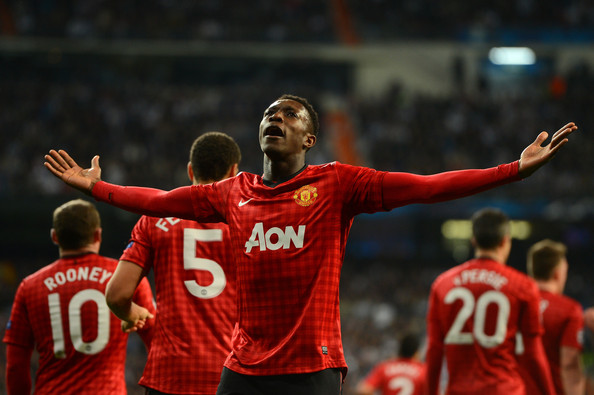 Danny Welbeck is relishing the challenges Manchester United face over the next month with the club still chasing the three biggest honours being the Premier League, Champions League and FA Cup.

Talk, however, is cheap. It was Welbeck’s header that granted United an away goal in the first leg of our last 16 Champions League clash against Real Madrid. If we are to continue the superb run in both cup competitions mental discipline will play a key factor. There’s no room for complacency.

United’s desire to win the Premier League is even more significant after the way we lost out last season at the expensive of our noisy neighbours on goal difference. With Norwich traveling to Old Trafford on Saturday, Super Danny insists that the squad are entirely focused on each game as it comes.

“I think the whole squad has got that into their heads and we’ve all got the same mentality of going into the next game and needing to win to gain momentum,” Welbeck told Manchester United’s official website. “Once we come to the Real Madrid game, we’ll see what happens. It will be good not to have to travel anywhere for the next four matches in a row and we can try to get wins in every single game. All credit to the squad as well because every single player is fighting for their place. They all want to get on the pitch to do the best they can in every competition this year. We are still in three competitions and yet we’re coming to the end of the season. It’s good for the whole squad.”