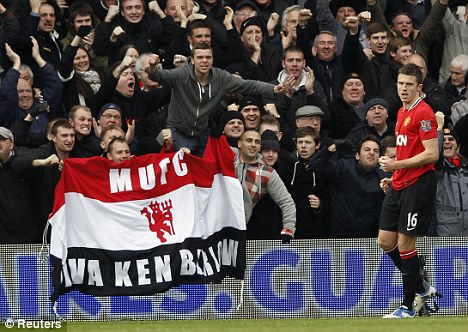 The Michael Carrick chant sung at Loftus Road on Saturday was first penned a few seasons ago. After 7 years at Old Trafford, however, it appeared as belated recognition for a player of such importance. The away stand erupted in the second half for almost 20 minutes on repeat and Carrick loved every bit of it.

“I certainly noticed the fans singing,” said Carrick. “Our travelling fans are amazing. It was nice to hear.”