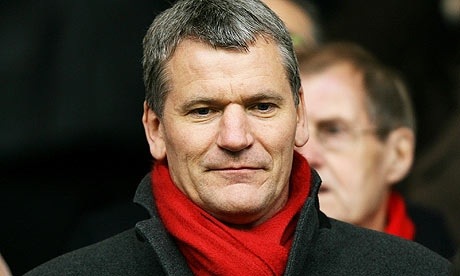 Ultimately, one line will decide David Gill’s legacy, if not necessarily define it. In August 2004, the Manchester United chief executive appeared to have a strong stance on football clubs in debt. “We could borrow money but it would not be good business for a football club. Borrowing large sums of money is the road to ruin.” However, his head turned when the Glazers came in and that understandably angered the vast majority of fans.

Gill has the tendency to split opinion amongst Manchester United fans, but none of us can ignore the success our club has seen during his stint as CEO. However from a supporter’s perspective looking at the highest-ranking corporate officer in charge of many duties at the club, he came across not only patronising but a hypocrite also.

Prior to the Glazers’ takeover, Gill had a strong working relationship with Manchester United Supporters Trust (MUST). That changed all of a sudden in 2005 when he decided to sit on the opposite side of the barricade, refusing to fight for his initial beliefs on debt in football.

When it came to talking about fans who happened to be anti-Glazer, Gill never held back from protecting the American family who cost our club well over £500m. From calling the protests “ridiculous” to actively refusing engagement with any fan group, he will be remembered as a hypocrite.

Gill’s successor, Ed Woodward, is obviously a very capable operator and I’m sure he would not have got the role without Sir Alex Ferguson’s approval. We will be hoping he’s approachable, reasonable and fan-friendly unlike Gill. This quote, however, doesn’t fill me with confidence: “Communicating that is not easy. I try to do my best I can to explain we are completely relaxed. It is like having a tiny mortgage on your house and the person in the house has got richer and richer through income and the mortgage is going down.”