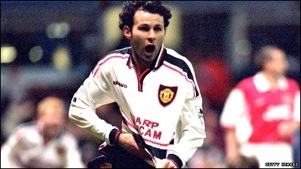 I, like certain sections of the Republik of Mancunia, owe our Welsh wizard and arguably one of the greatest ever wingers to have ever played the game our sincerest apologies.

In a horrible rush of the blood of the head, spur of the moment, callous and reckless assessment after defeats against Spurs and Norwich, where we always look for a scapegoat, I, like many, made the harshest judgement possible… that Ryan Giggs was ‘over the hill’ and ‘should do the honourable thing’.

I have never been happier to eat my words than recently. It all started with a virtuoso display in the Capital One cup defeat at Stamford Bridge. Giggs led from the front, scoring twice from central midfield, helping a relatively inexperienced starting XI to match their strongest XI stride for stride before coming up short in extra-time.

In the cold light of day, my criticism of Giggs has now been rendered unfathomable, truly idiotic and right now a custard pie should probably be thrown at my face. How foolish to question the continued magic of a man who has made more appearances than anyone for our great football club, arguably scored our greatest ever goal (assisted by Patrick Vieira) and possesses a bulging trophy cabinet most can only dream of.

As much as I am owning up to my rash viewpoint, I surely will not be alone. The United Twitterati were scathing of Giggs starting in central midfield in the aforementioned bitter pills to swallow against Norwich and Spurs. Many, like myself, were questioning his role in the side and what he brought to the table. But you do not stand the test of time like Giggs has without one of football’s more apt clichés – ‘form is temporary, class is permanent’.

It is simply astonishing and testimony to the man, that as Giggs was embarking on his United career some 23 years ago, a few of yesterday’s starting XI versus Everton were not even embryonic (De Gea, Rafael, Cleverley). As comical as the notion sounds, Giggs brought out a DVD highlighting his secrets behind his stamina and fitness a few years ago (no, it’s not entirely down to Imogen, yoga apparently is all the rave for the Welshman).

Boxing Day was for the most part an emotional rollercoaster- a blatant offside goal, Mike Dean (#YSB) having a shocker, going behind 3 times and making Gabriel Obertan look like Messi. It also represented the catalyst for Giggs’ upsurge in form. To put it bluntly, Giggs was awful in the first half and as I returned to my seat at half-time, pent up with rage and frustration, I was stunned to see Giggs re-appear for the restart. Who am I to question Sir Alex or Giggs. The highest praise I can give Giggs is that I thought we were playing in the 90s again, he was unreal. Ex-Red Danny Simpson was chasing merely his shadow as he stormed down the left-wing for the umpteenth time in his United legacy. He transformed a dreadful performance into a gritty, dedicated and determined effort to give us a monumental 4-3 win that put us 5 clear at the top for the first time.

Since then, Giggs has not looked back, just as if he has skinned his full-back. He has contributed arguably the assist of the season, which kept our FA Cup and Treble hopes very much alive: in stoppage time, with the last attack of the game he drilled a gloriously unreal, almost orgasmic half-volley with the outside of his left wand to find RVP… you know the rest. The difficulty of such a technique cannot be emphasised enough, let alone given the pressure of the time parameter in that match, sumptuous is doing the ball disservice when describing the assist. Giggs earned a penalty in the corresponding replay with a run that was reminiscent of the young Giggs- weaving in and out of his full-back before his cross was handled. Man of the match against Fulham and arguably yesterday’s man of the match too, it has been no coincidence that his stellar form has been intertwined with his transfer to the wing he has almost made his own.

I think earlier on in the season, we were more peeved with the positioning of Giggs in the side than actually having him in the XI. The mercurial form of Young, Nani and Valencia this year has resulted in a spot for Giggs in his favoured position, rather than in central midfield- yes he has the capacity to play there, but teams were finding a chink in our armour by packing their midfield with runners and more energetic players (Spurs played Sandro, Dempsey and Dembele in their engine room, cramming the midfield and physically bullying us).
Last season the chant ‘Giggs will tear you apart’ was comically replaced by ‘Giggs is going to Amsterdam’- not just because we were playing Ajax but for obvious other reasons. However, this year the old chant has been restored as we know time is not on Giggs’ side and we should make the most of his simply scintillating form, that has been a breath of fresh air.

The word ‘legend’ is branded about in a willy-nilly manner these days. However, the legend of Giggs is not one to be overlooked. If there is one man who deserves to make more history and become the only man to make 1000 appearances for us, Giggs is it. Who is to say he won’t either? It is evident he is enjoying his football now more than ever, and if he stays fit (which he will) then who knows how long his genius will continue to entertain us and leave us awe-struck.

I will leave you with the words of 3 other legends of the beautiful game:
Paul Scholes- ‘There have been so many outstanding players I’ve had as team-mates, but if I had to choose I’d choose Giggsy, he can do anything’.

Zinedine Zidane- ‘Everyone at Juventus and Real Madrid agreed when I was there, that Giggs was truly world-class’.

George Best- ‘Maybe one day people will say I was another Ryan Giggs’.

One response to “Ryan Giggs – The Unquestionable Legend” 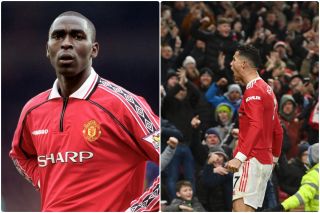