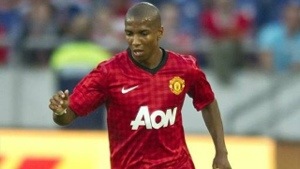 Sir Alex Ferguson has revealed Ashley Young could return in time for Manchester United’s clash against Everton, while calming worries over Phil Jones after the defender suffered from shingles earlier this month.

Fergie also confirmed the fitness of United’s international stars, but admitted he has not heard from Javier Hernandez who featured in Mexico’s 1-1 against Denmark during the week.

Everton travel to Old Trafford on Sunday. Ferguson and the lads will have last season’s 4-4 draw in the back of their minds ahead of the game, making it their business a damnatory repeat of that nature doesn’t happen again.

“Everton are very experienced and they’ve only lost three games this season,” Fergie told reporters. “Our memory of last season is disappointing – we lost the title versus Everton. But we’re playing well, I’m pleased with out form. I’m changing the team around and everyone who has played has done well, which creates competition.”