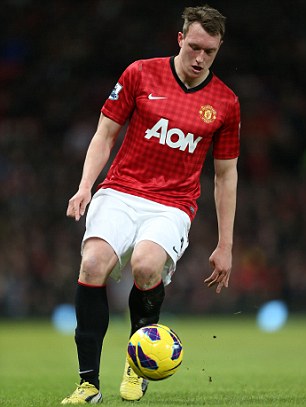 Phil Jones, who has started just four games for Manchester United this season, has been ruled out for at least a month after being struck down with shingles.

That means the 20-year-old defender is a doubt for United’s round of 16 Champions League tie at the Bernabeu next Wednesday as well as the return leg at Old Trafford. I personally feel he may have played a part against Madrid in attempt to keep Ronaldo quiet; similar to the way he did with Bale against Spurs.

Jones pulled out of tonight’s England Under-21 friendly with Sweden. Stuart Pearce said: “It’s a shame. You want your good players to be here and be part of it. But Phil has picked up shingles and there’s not a lot we can do about it. It’s not good news as it makes us stronger when Phil’s here, that’s for sure. But it means someone else gets a chance.”