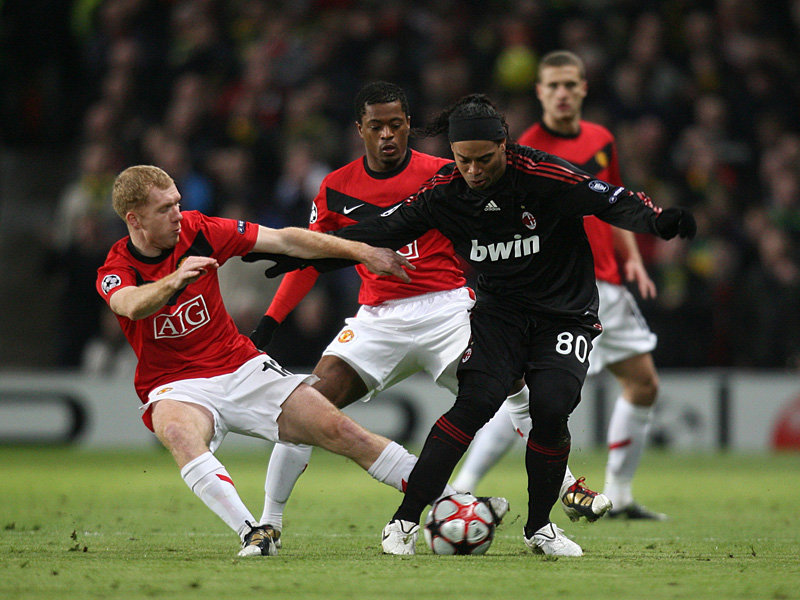 Ronaldinho has praised Wayne Rooney insisting the Manchester United star could improve any squad in the world. The FIFA World Player of the Year in 2004 and 2005, played for Barcelona from 2003 to 2008 before departing for AC Milan.

Aged 32, Ronaldinho claims watching Eric Cantona is the first memory he has of English football. He also believes several other United players would have bee good enough to make the grade at any club they wanted.

“I remember seeing Eric Cantona play for Manchester United,” he told The Daily Mail. “The way he used to control games was special to watch. Paul Scholes, Frank Lampard, Ashley Cole, Wayne Rooney, all players who, at their peak, would have got into any team in the world. Rooney is a player I like – there is not a national squad in the world he would not improve.”

If it wasn’t for Peter Kenyon messing around with negotiations, United would have signed Ronaldinho in 2003. Instead PSG sold the Brazilian to Barcelona a year before he became recognised as the best in the world. He doesn’t regret not making the move to England, though.

“That was the only time it has been a real option,” he said. “If Manchester United had signed me they would have won more European Cups!”