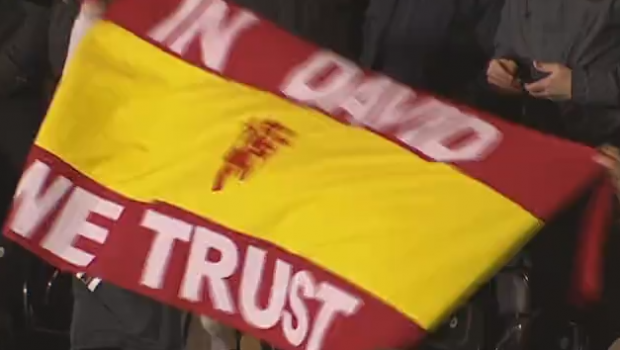 David de Gea, aged 22, was harshly criticised following Tottenham’s stoppage-time equaliser two weeks ago, and was under further scrutiny on Wednesday following Southampton’s early goal at Old Trafford. However Sir Alex Ferguson responded brilliantly to critics, hitting out at the opinions of ‘idiots’.

The former Atletico Madrid goalkeeper made a number of top saves on Saturday against Fulham, and Rooney was quick to praise him. Everybody needs a path on the back at certain stages, but Fergie claims the media won’t affect him. With the help of his teammates, de Gea should be mentally strong.

“David has made some great saves over the last few weeks,” Rooney said. “I know he got a little bit of criticism after the Tottenham game but it wasn’t the biggest mistake I’ve ever seen. We’re all behind him. He’s a great player for the future as well.”

Jonny Evans added: “People underestimate the reflexes he’s got. We are used to seeing him do that. His shot-stopping ability is very good and his save from Riise was excellent.”

2 responses to “Rooney: We’re All Behind De Gea”