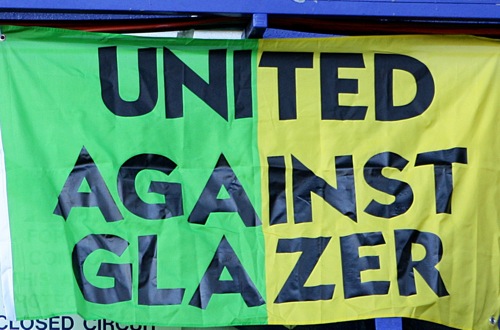 Manchester United have broke another valuation record becoming the world’s first sports team to be valued at more than $3 billion.

A recent boost in the stock price of the club has increased the valuation to $3.3 billion, according to Forbes magazine. United’s most recent report four months ago listed our heavy debt at $560 million.

Shares of Manchester United were offered to the public last August at $14 but have increased to just under $17, boosting the wealth of the Glazer family, who have voting control over the majority of the club.

Read the original article from Forbes.