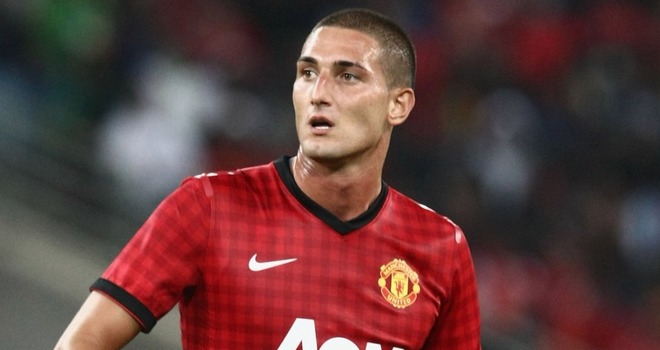 Federico Macheda could be on his way to another loan move, but this time to Spanish second division side Elche.

The Italy U-21 international has previously been loaned out to Serie A side Sampdoria and English Premier League club Queens Park Rangers in order to obtain first team football.

The Spanish club’s president, Jose Sepulchre, had this to say about the expected transfer: “The agreement between the three parties is complete. We still cannot say that the player will come because nothing has been signed yet.”

Macheda, who signed a professional contract with Manchester United at the beginning of the 2008/09 campaign, is remembered by the clubs fans for his match winning goal against Aston Villa in a 3-2 win at Old Trafford. His contract expires in June 2014. However Duncan Castles from The Sunday Times believes the Italian is likely to end up at Stuttgart instead, with United netting €4.5 million if the deal can be converted into a full transfer.

Previous loan moves to Sampdoria and QPR have failed to bear fruits for the Italian though and the player along with the club will be hoping that this next loan move could help Macheda get back on track his development or maybe see him off.