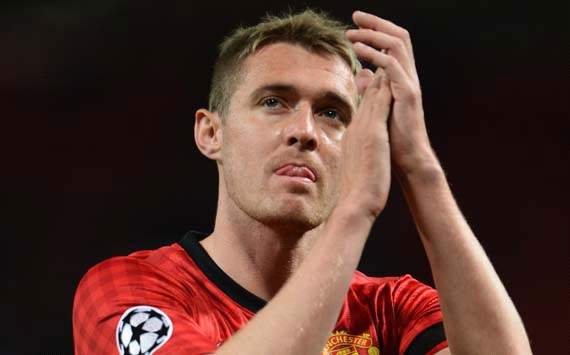 Talk about being unlucky. Having struggled with bowel problems in the past, Darren Fletcher will be absent for the remainder of this season having undergone surgery to resolve his Ulcerative Colitis condition after a reoccurrence.

The club would like to stress this was a planned procedure undertaken at the optimal time having achieved a period of sustained good general health. Manchester United have told reporters they look forward to him returning next season.

It must be frustrating for Fletcher but I’m sure he played the main role in making this decision. The priority is his health, not football. And if all goes to plan he will come back healthy, fit as the box-to-box maestro he once was. It is hard to see that actually happening, but I’m no medical expert.

When Darren Fletcher returned to the squad this season his game time was limited but that was always going to be the case. He worked hard but struggled in my opinion. Aged 28, it’s devastating to hear this news. He’s still young and there’s not many footballers around today that I look at in the same light as Fletcher, being the perfect role model for youngsters in terms of professionalism.

The positive side to all of this is that the surgery was to resolve his ulcerative colitis rather than to relieve it, which means that once he’s finished recuperating he will more than likely be able to resume his career without further setbacks.

We wish Fletcher the best with his recovery.