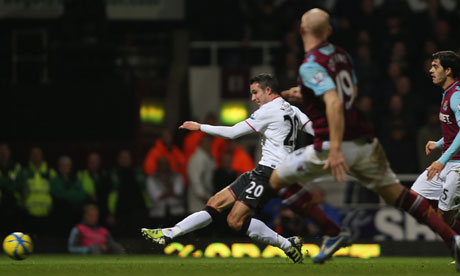 Manchester United host West Ham at Old Trafford tonight in their FA Cup third round replay with the prospect of a home date against Fulham in the next round. The Cottagers knocked Blackpool out last night after extra time.

Robin van Persie saved the day at Upton Park with a stunning last minute equaliser to secure a 2-2 draw and force a replay. However replays are not exactly ideal, and the fact it’s been so long since we last won the FA Cup (2004) gives us a reason to try even harder. Knowing United, though, we never do it the easy way.