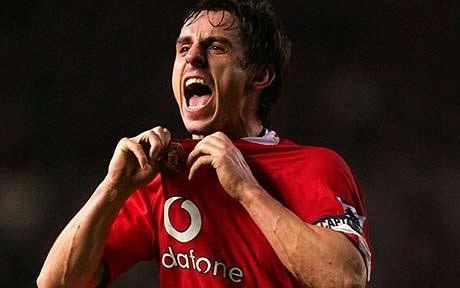 During the week I got in contact with Paul Tomkins, a journalist who has spent his entire profession solely writing about Liverpool. Tomkins usually focuses on statistics and analysis in content, while accessing management decisions with an open mind. He currently has his own blog, called The Tomkins Times.

Earlier this season we spoke to Liverpool-based vocalist Peter Hooton ahead of our 2-1 win at Anfield. Some of the questions put in front of Paul are similar to do ones we asked The Farm frontman because I thought they were of some interest, particularly the one comparing John W. Henry to their previous American owners.

Thoughts on the impact Brendan Rodgers has made since taking over from Kenny Dalglish?

I’m still to be totally convinced on Rodgers, although cautiously optimistic. I think he has the potential to be a great manager (i.e. unlike Roy Hodgson), but this is a far cry from Swansea, and his CV is rather thin. I like his ideas – it’s just a question of whether or not he can get them to work. Swansea played really good football under Rodgers, but a lot of it was in deep areas. Possession is obviously harder to maintain the further forward you go, and Swansea actually seem a better side under Laudrup – although Rodgers deserves credit for his part in their rise. Overall we’ve been improving of late, without playing too many tough fixtures, but the horror shows against Villa and Stoke show how vulnerable we can still be.

As for Kenny going, I can see the reasons behind it, but I also think it seems harsh. Most of his side’s best performances last season were in the cups, beating United, City, Chelsea and Everton, and had those wins been in the league instead, things might have looked different. These days you can win domestic cups and still not be regarded as a success, such is the kudos of the Champions League around the world – and that’s where you need to be these days. That said, it would have been a fine achievement to win both cups last season, had the Reds managed it.

Going into the game this weekend Liverpool are positioned 8th in the league, seven points off the top 4. Does the current squad have enough quality to secure Champions League football for next season?

I think Liverpool, bar a couple of positions, have a top-four XI, but have falling short due to the lack of firepower and the fact that the squad has some holes when it comes to quality back-ups. Reina has not been at his best for a couple of seasons, but he’s still a quality keeper. Agger and Johnson are top-class performers who are strong at both ends of the pitch (Johnson is criminally underrated outside of Liverpool). And on his day, Skrtel is right up there – although he can be shaky at times. In midfield, Lucas is possibly the best shielder, although has been missed in the past 18 months. Gerrard is no longer what he was, but he’s still a force, and remains an excellent finisher. And Suarez is up there with any striker in Europe, bar Messi. That’s seven players who are easily top-four standard.

There are other players (like Allen and Sturridge) who could develop into top first-teamers, but right now, beyond those seven, it falls away a bit. We have some very strong young players, including Sterling, Wisdom and Suso, and some very good squad players, like Henderson (who, like Lucas and Darren Fletcher, started slowly), who may improve into first XI material in time. I liked the movement and work-rate of Borini, but he’s missed months with injury, and he has to be more clinical. Sahin has a great pedigree but just hasn’t settled. Carragher was once a rock, but is probably in his last season. Coates is talented, but not too quick, and is still quite young. Then there’s Enrique, who’s either awesome or awful. So it’s all a bit of a mixed bag beyond the strong core in the XI. It’s a young squad, so time should see improvements.

The last time Liverpool won the league was in 1990. How does it feel not seeing them challenge anymore and watching us fight for number 20?

I’m all a bit numb to it now. I’m just concentrating on Liverpool breaking back into the top four, and then take it from there. Football tends to be cyclical, and big clubs often rise to the top again at some point.

In 2012, the publication of the Hillsborough Independent Panel’s report into the disaster was released. What does the campaign want in 2013?

I can’t speak for those directly involved in the campaign, but the aim is surely for a new inquest verdict to outline the truth, and for those responsible for the lies and cover-ups to be punished in a manner commensurate with their crimes. The families of the victims are also surely due some compensation, for the time and money they’ve had to spend in fighting for the truth, instead of being able to get on with their lives.

How does John W. Henry compare to your previous American owners, Tom Hicks and George Gillet?

A difference for me is that I’ve had quite a few conversations with John Henry, and found him to be an interesting, intelligent man, and I genuinely like him – although bar one email interview done through the club, I’ve not spoken to him since last March, and I’m happier being out of the loop. But FSG, while not as bad as Gillett and Hicks, are viewed with increasing scepticism. They were never going to be sugar daddies, but instead would aim to stabilise the club, and also exploit the massive commercial potential that has remained largely untapped. The stadium issue has clearly been more complex than they envisaged, and everything has taken longer than fans would have liked. Some see improving the money-making potential merely as a way to make a quick buck and get out, but equally, it’s hard to move the club forward on the pitch without bringing in extra money. They’ve made some mistakes, but the general strategy seems sensible: get the wage bill to manageable levels, invest in youth, and don’t pay over the odds for older players (although sometimes it’s worth breaking that rule).

The problem remains the lack of any real presence on Merseyside, with them based in America and apparent gaps in the hierarchy in Liverpool.

Plenty, obviously, whenever we’ve won. The 4-1 at Old Trafford will live long in the memory, although for some reason the first game that springs to mind is the Kuyt hat-trick in 2011, when we got to see just how good Suarez can be, and a long-overdue league hat-trick for his strike-partner. That seemed like it could be the start of a brilliant time under Dalglish, but it wasn’t to be.

Daniel Sturridge was unable to make a real name for himself at City and Chelsea. When set out against our reserves earlier this season, he didn’t look a bit impressive. Do you think he will turn out to be a successful signing?

He’s a player I’ve hoped the Reds would sign since writing about him in 2006, when he was the standout player on the pitch in the Youth Cup final against City, even though Liverpool won. That said, his career hasn’t taken off as expected. He’s very quick, has great skill and knows how to finish. He did well at Bolton and at Chelsea under AVB, but he’s not truly outstanding as a central striker (and as such, was never going to oust Drogba, or the Abramovich plaything that is Torres), so he really needs to play as a wide-striker in a 4-3-3 if he can’t force Rodgers to move Suarez to another position. Of course, Suarez can play anywhere in the front three, and Sturridge’s pace through the middle would cause opposition defences different kind of headaches.

He has a lot to prove, but at 23 he has a lot of big-club experience, and won’t be overawed at being at Liverpool. He has a lot of swagger, and therefore probably won’t wilt like Downing, for instance. I’m not keen on Sturridge’s dancing when he scores, but it’ll obviously be a lot less irritating when he does it in red. There’s a special player lurking in there, but he needs to get his head right and knuckle down.

In recent weeks, both sets of fans have argued who the best striker in England is at the moment. Robin van Persie or Luis Suarez? It’s a no brainer for me as you’d imagine.

I don’t think you can split them this season. I certainly wouldn’t swap Suarez for van Persie, but I’d also expect United fans to treasure their player.

To me, van Persie is the smoother player, who makes things look effortless, and can score amazing goals. Suarez looks rougher around the edges, but can do equally amazing things. Van Persie is having a better 18 months in front of goal, but Suarez works as hard as Carlos Tevez, and that’s something you don’t get with van Persie. After years of injuries, RVP now looks the player he always threatened to be – but at 29, this is almost certainly as good as he’s going to get, and perhaps has only two years left as a truly outstanding player. By contrast, Suarez is 25, and possibly has another level to go to – just as RVP has only cemented his world-class status in his late 20s.

Prediction ahead of the game?

I don’t like to predict games, as it seems almost pointless! Football matches rarely play out like you expect. But I’d take a draw right now.

One thing I will say is that I fear Liverpool conceding a lot of goals, if the defence is as open as it’s been in recent months. I’m not necessarily expecting it, but if Liverpool shipped four or five, it wouldn’t surprise me; as well as the Reds have played at times this season, they always seem to give the opposition too many clear chances. Hopefully against a better side the Reds will play more on the break, and not leave so many gaps at the back.

I would like to thank Paul for his time.

One response to “View From The Enemy: Liverpool fan on Rodgers, American owners and signing Sturridge”