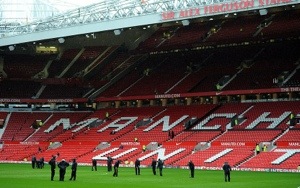 After two pitch inspections this morning due to heavy rain, Manchester United’s clash with West Brom goes ahead as planned. It is believed that 5 inches of rain fell since Thursday.

Going into the game today, United have scored in each of their last 58 Premier League fixtures.