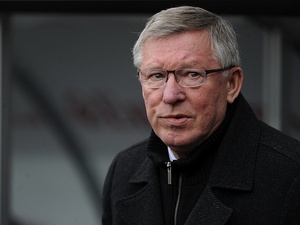 Following our 4-3 win over Newcastle, there was a lot of focus on Sir Alex Ferguson’s behaviour towards officials. The Magpies were given a goal after it already being disallowed when Papiss Cisse stood in an offside position, acting as a distraction for Manchester United defender Jonny Evans, who put the ball in his own net.

Mike Dean, who was referee, did not mention Ferguson’s treatment of officials in his match report. This meant he could not be punished upsetting many people, including Newcastle manager Alan Pardew.

Pardew told reporters: “I think Mike Dean might feel slightly disappointed he didn’t do something about it. I think the pressure that was on him was tough for a referee to take. Sometimes when you reflect on a game you think you might have acted differently. You do that as a manager and I think he might have done that as a referee.

How Pardew felt he was in such a position to have a moral high ground view baffles me. When the officials disallowed Newcastle’s second, he raced to the linesman and bullied him into changing his mind. Hypocritical?

In Fergie’s press conference today, he had a go at Pardew and labeled Newcastle a small club.

“He is the worst for haranguing referees. His whole staff, every game. He was at it the whole game on Wednesday,” Ferguson said. “He shoves a referee and makes a joke of it, then he’s got the cheek to criticise me. It’s unbelievable. He forgets about all the help I’ve given him, by the way.”

When asked about his spat with the officials, Ferguson went on to claim it’s the price of being at the “most famous club in the world” and not a “wee club in the north-east like Newcastle.”