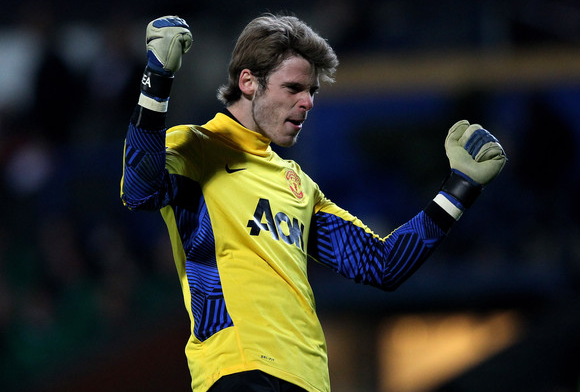 David de Gea, who is still fighting it out to secure the number one spot at United, has claimed that he has settled down nicely to life in Manchester.

Known as a favourite amongst the majority of supporters, de Gea has been one of the best goalkeepers in the Premier League this season despite being put under pressure from a troubled back four.

However, it doesn’t seem as if Ferguson rates him as high as others do. Anders Lindegaard has been seen as the dominant figure between the pair, but he’s a long way off being as good as our Spanish alternative.

“I’m very settled and feel like part of the furniture around the club,” said De Gea. “I feel very much at home in the Premier League and, of course, with my team-mates here at the club. I’m enjoying life here and I feel I’ve settled well. The biggest thing for me is that I’ve managed to work through some difficult times and those moments always make you stronger. It makes you a stronger person and a better player. I think I’ve improved right across the board, in all aspects of my game. I’m still only young and I feel as though I’m learning every day. I’ve hopefully got a long career ahead of me, so I want to soak up as much knowledge as I can while I’m young.”

Back in October, Stretty News rubbished speculation linking David de Gea with a move back to Spain.