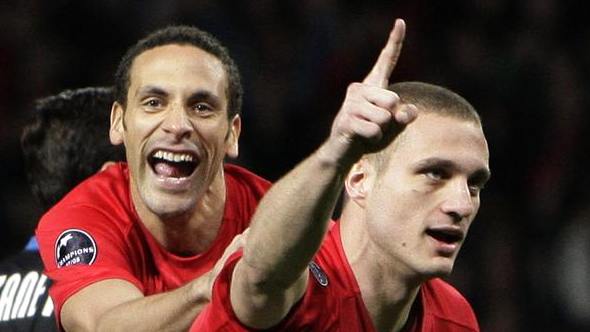 Phil Jones believes that the return of Nemanja Vidic will give the squad a boost after Christmas when fixtures come thick and fast.

Vidic replaced Rio Ferdinand after 68 minutes in our 2-1 win over Sunderland on Saturday, making his sixth appearance for the Reds this season. The lack of game time came as a result of the 31-year-old being ravaged by injuries, particularly a reoccurring knee issue from last season which ruled him out for a further three months.

Saturday’s introduction welcomed him back into United’s first team. Jones believes Vidic’s leadership qualities will be of great importance as Manchester United face a stiff title race with City, who are currently 6 points behind the Reds.

“It’s a fantastic boost for us to have Nemanja back,” Jones said. “He’s a fantastic player, a great captain and it’s important he’s back for the busy festive period.”

This season United have found themselves limited in defence. Michael Carrick even had to be deployed to a defensive role on a number of occasions. However, Chris Smalling and Jones have also returned recently with immediate impact. Sir Alex Ferguson is now in a position where he can rest defenders and give others game time.

“I enjoy the compeition for places, it’s great to have a number of players battling for the same position,” Jones added. “It keeps people on their toes and keeps us fighting for the shirt. We see it in training – the sessions are intense, there’s a good atmosphere.”