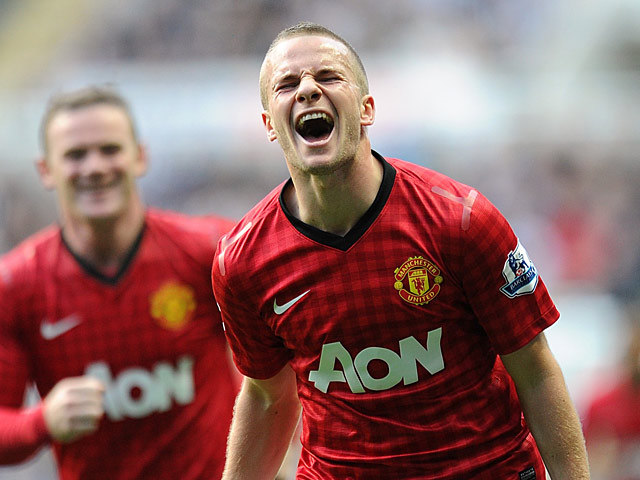 Bryan Robson has sung the praises of Tom Cleverley who has made 9 league appearances so far this season. After an injury ridden campaign last year, many expected Cleverley to show his worth when called upon this term.

Cleverley, aged 23, has come of age and proved he is ready to lead United’s midfield. When he plays we seem to move quicker in attack and spread the ball better. For an area criticised so often in previous years, our midfield has looked brilliant at times this season. Cleverley has played a role in that.

Last season Cleverley gave us glimpses of his real potential but never delivered consistently. To be fair though, injuries hit him hard, so breaking into the first team became even more difficult.

Robson made his mind up last weekend about the future of United’s midfield. Captain Marvel was impressed with how Cleverley controlled the area against City.

“For me, last Sunday can be a big factor in Tom’s game and his future. The way he controlled the midfield shows he can have a big impact at that level,” he said.

“Yaya Toure can have a huge bearing on a big match as we’ve seen before, so it was vital for someone to look after him, and Tom did that brilliantly with Michael Carrick.

“I think now it only needs a tiny bit of improvement, and if he can work on it and he wants to be an out-and-out central midfielder then he can become a top, top player.”

Robson also referred to Paul Scholes having a positive impact on Cleverley. There’s nobody better to learn from.

“It is perfect for Tom as there is nobody better to learn from than Paul Scholes,” Robbo explained.

“Scholesy is a clinical finisher and studying him in training at Carrington can only help Tom. He’s a conscientious lad who wants to improve. If he adds a little composure to his finishing then his output will increase because he does get into those areas to score.

“These things are just little tweaks to help him.  He is strong going forward but if you want to be that dominant figure in a central two, you also have to be a decent defender.

“If you want to be the best then you have to improve on the little things all the time, and nobody is better to teach him than Scholes.”