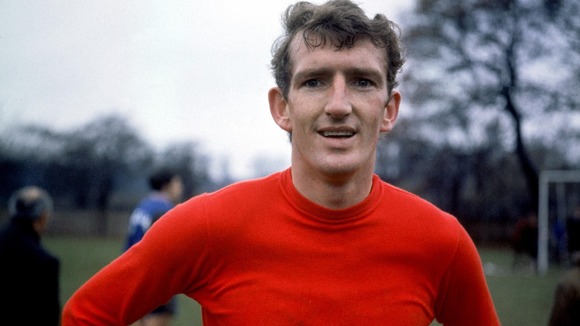 Earning immortality the night United became European Champions in 1968, Stepney made 539 appearances in total for the Reds. He believes the promise de Gea shows should put him ahead of Lindegaard in the pecking order for number 1.

Since having trouble with a wisdom tooth, the Spaniard has only played once since November 10, with Lindegaard handed the opportunity to cement a place between the sticks. Ferguson has spoke out about rotation on the matter, claiming the Danish international has done nothing wrong to be dropped but surely the same could be said for Dave? Although, both have only managed to keep two clean sheets each this season.

Conceding early in games has been a problem for us this season. The injuries and constant rotation is having a negative impact on our performances but I think it will sort itself gradually. However, the goalkeepers have rarely been at fault. Our defense and midfield have a lot to answer for.

David de Gea suffered at first when he came to England, but the media were too quick (two games, to be exact) to call him a flop. It was completely down to inexperience in the Premier League, but since then he has settled well. The goalkeeping situation leaves me puzzled. The youngest of the pair, Dave, is quality and deserves to be playing every week. He won’t learn from mistakes sitting on the bench.

Speaking about the issue, Stepney told Manchester Evening News: “Sir Alex admitted after the Reading game that the team had defended atrociously. United will have worked on things this week. De Gea has turned in some good performances for United and like most of todays’ keepers, he is what I term a shot-stopper.

“His distribution is good.

“Lindegaard had a run in the United team last year and then got injured before his recent spell. But, at times, no authority at the back was shown against Reading.

“Having said that, maybe it’s better for United not to have played all that well but still picked up three points and then have things sorted out ahead of the clash with City.”

Having spent over 10 years at Old Trafford, Stepney believes that showing authority and leadership is of the upmost importance for a keeper in any era, even if their style changes.

“The role of the keeper in any game is simply to be totally focused and show his authority,” he explained. “There are no bad goalkeepers but there are those who are exceptional.

“Let’s just say today’s goalkeepers are different from those when I was playing.

“Nowadays, you no longer see a keeper diving head-first at the feet of an on-rushing striker.”

It’s not as if Ferguson hasn’t went through a similar situation before. Tim Howard was named PFA Keeper of the Season in 2003/04 but that wasn’t enough to keep him in the team once mistakes were made. Roy Carroll then got the nod and he has played for 6 clubs since leaving United, so that briefly explains how that went.