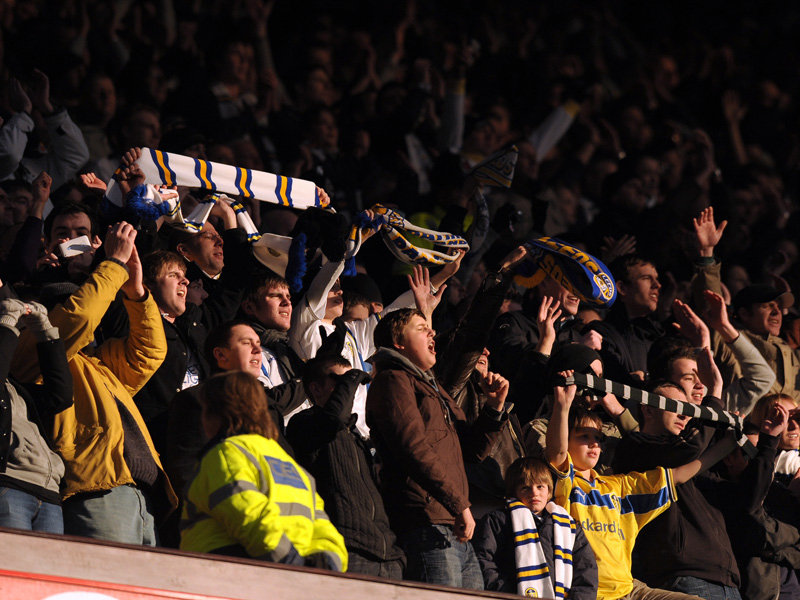 Everyone remembers their first away game, the sights, smells, sounds and the violence. Mine was Leeds in 1978/79. I was sixteen and had been going to home games on the Wakefield/Dewsbury supporters branch bus with five mates from school. Our parents were quite strict and because of the trouble that followed United around the country at the time.

This season was different. As soon as we saw the fixture list we picked out Leeds away. I can’t remember the exact date but it was warm and a plan was hatched. The Saturday before the match we went to Elland Road reasoning that United would be in the Lowfields. A week later the day arrived. Excited and nervous we arrived at Wakefield Westgate for the train and got to Leeds ten minutes later.

Leeds were all over the the place waiting for the special or to pick off any Reds who had got the service trains. We heard that when the special pulled in absolute mayhem ensued, but we were safe as six kids off a Wakefield train we couldn’t possibly be Reds.

Out of the station, down the spiral stairs and under the bridge. We were there. As we came out the coppers were everywhere. One of them grabbed me slammed me up against a wall before searching what I had inside my pockets. I only had a scarf tucked under my jumper but I was still shitting myself. Suddenly a voice said “let him go, he’s no harm.” As I turned around it was my uncle, Keith. He smiled and said “hello Paul.” My heart sank as he and his wife were regular visitors to our house.

We safely got to the ground for 1.30 and went straight in. As we walked up the tunnel we could hear the Reds, but we walked out on the wrong side of the fence. After approaching the steward at the gate, I asked to go through but he refused. Luckily a young PC saw what was going on as did a good few Leeds supporters. He bundled us all to the gate and in no uncertain terms told the steward to open the gate, shoving us through. We finally made it.

They had only given United three thousand tickets but as our section filled up we felt part of something special. The match started and it was a blur. Lots of fights broke out in other parts of the ground as Reds that were clued up had got tickets from Leeds fans. Then good old WYP let us all out together.

Again it absolute mayhem but me and a friend made it into the escort. They marched about five hundred of us down the M621 towards Leeds. Then they came again. Fights erupted everwhere and me and my mate legged it. We got away and met the others outside the station to catch our train.

However, the Leeds fans were waiting for an escort too. What a shock they got when the cops left the Reds at the station doors with hundreds storming through. Our train was still in the station and we watched in awe as Leeds fans got twatted all over the place.

The numbers were overwhelming, so the Leeds supporters at the station were never going to win. Shortly after they went to get the special, we were home. Hell was about to break loose when I noticed a car in my driveway. As I opened the door my mum had a face like thunder. My uncle Keith told her about me attending the game.

At the time, it got me into a bit of trouble but we often laughed about it in later years. Unfortunately, he died just recently, which made me think about my first away day. 34 years and countless away games later, I still get the buzz of being part of the best.