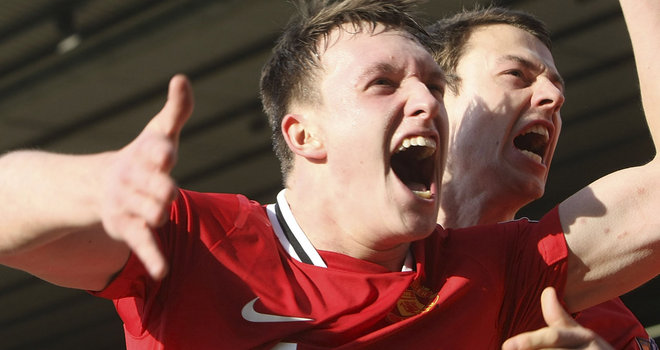 Phil Jones has praised the club’s performances in the Champions League after last year’s disappointment in Europe. The Reds were knocked out of the group stages and sent into the Europa League, whereas there’s been a big improved this year with United progressing to the knockouts whilst topping Group H in the competition.

United won their opening four group encounters to ensure that they reached the last 16 with two matches to spare. This granted Sir Alex Ferguson the opportunity to field a team with squad players, who don’t play week-in week-out, against Galatasaray in Istanbul. Despite losing the game, we left Turkey with a number of positives.

Having been part of the United squad that failed to progress beyond the group stages last season, Jones is delighted that United have packed away a certain extent of complacency in Europe this time around. However, there is still plenty of room for improvement.

“It’s not a nice feeling to get knocked out of the Champions League especially when you’re used to being in semi-finals and finals and winning it,” Jones said. “For a club of Manchester United’s stature it’s not an easy thing to deal with – it was a bitter pill to swallow.

“We’ve bounced back this season incredibly well and the lads have played some terrific stuff in the Champions League games that I’ve seen and gone to this season. That is credit to ourselves and hopefully we can kick on and go a long way in the competition.”

Jones will more than likely start against CFR Cluj on Wednesday night. He needs to game time having returned from injury recently.