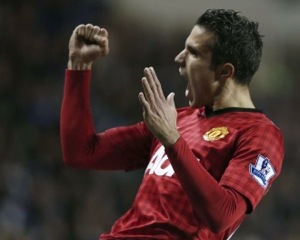 Manchester United increased their gap on top yesterday with a 4-3 win over Reading. Results elsewhere went our way, so all we had to do was play our own game and secure three points. We did that to a certain extent but the Royals gave us a run for our money.

It appears obvious from the goals Reading scored that Anders Lindegaard came under difficulty between the sticks. He didn’t command enough area inside the box which made his job a lot harder. Sir Alex Ferguson, on Friday, spoke about rotation and that he hoped David de Gea would remain patient with Lindegaard edging the number one spot. I’ve been saying it for long enough now that the Spaniard is our best goalkeeper, and we need to take advantage of that by playing him every week.

At the back we were woeful. It was one of those days that nothing went Jonny Evans’ way but we still got on with it. United had that ‘you score two, we’ll score three attitude’ which resulted positively at the end.

For the majority of the game, our midfield was satisfactory. Anderson continued his great spell of form before coming off injured. All very predictable for the Brazilian. The club confirmed today that Ando has pulled his hamstring, therefore will not be available for the Manchester derby next weekend.

Having created a number of chances, we should have put away more. Robin van Persie deserved a second with the ball crossing over the line, but the officials didn’t see it. Rooney will be delighted with his name on the scoresheet twice.