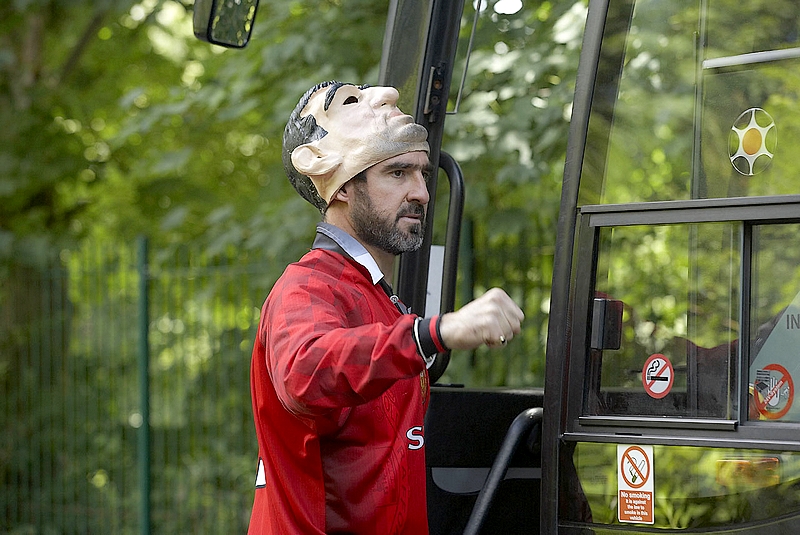 The seagulls will always follow the trawler, because we all need those sardines to be thrown into the sea. That’s just the way the world is, and Eric Cantona loved every minute of it.

We always need news, and Eric knew that journalists were there to hang on his every word, and loved toying with the expectant media, hence the iconic statement he delivered in the aftermath of his most famous moment of madness, the ‘kung-fu kick’ on Crystal Palace fan Matthew Simmons back in 1995.

You would think with the swagger and sheer self-confidence of the man, that many would accuse the enigmatic Frenchman of arrogance and a selfishness not welcome in football.

Yet, he has had nothing but adoration from masses, and everyone he came into contact with was in awe of the sheer presence of a character never before seen on our shores.

Aside from the odd moronic modern day footballer using Twitter (Joey Barton anyone) to vent their frustration with not being selected for an important match, clubs are very strict about what players say in press conferences and other public appearances.

This is not to say that the hierarchy at Manchester United weren’t regimented back in Cantona’s day, but to keep a man of such intelligence and forthrightness at bay was almost impossible, and we are all worse off without the unfathomable Frenchman to entertain us, on and off the pitch.

Everywhere Eric ‘The King’ Cantona went he got himself into trouble, aggravating the wrong people. From the most prominent members of the French Football Federation to his team-mates, nobody was immune to the odd foul-mouthed rant.

Similar to another much-loved compatriot, Zinedine Zidane, Monsieur Cantona had a short fuse, and many outside their respective clubs will only remember these incredibly talented individuals for their well-documented losses of temper.

However the difference was that Zidane’s headbutt into the chest of Marco Materazzi at the 2006 World Cup came at the end of a glittering international career, and our adopted hero’s problems with the French footballing powers that be started many moons before taking the Premier League by storm.

After making his debut in 1987 against West Germany, Cantona was issued with a complete ban from all international matches, after calling Henri Michel, Les Bleu’s head-coach at the time, a “Sac à merde”, or a ‘bag of shit’, as we more commonly know, on national television, after being dropped from the squad.

He later returned to the fray, going onto make 45 caps for his country.

Yet, a man of Cantona’s talent only winning this many caps for his country would be unheard of today. His suspension for the incident at Selhurst Park in 1995 included international matches, and The King never regained his place in the squad, replaced by the much younger and slightly less volatile Zidane.

He still holds resentment for those in charge of the French national team set-up, and was quoted as saying that he supported his adopted country England at the 2004 European Championships and the World Cup two years later.

So how did this unpredictable French striker become such an icon on M16? Simply because the club, and more importantly Sir Alex Ferguson, accepted him for what he was – a compelling superstar.

There was no point trying to keep him in-check, or messing him about, as he would almost certainly react, and the witty and intelligent response would create more headlines than any club action could.

Sir Alex knew how to handle his star man, and let him get on with things in his own way, and the respect two of the most integral characters in Manchester United’s recent glorious history have for each other is clear for all to see, even now.

Often accused of arrogance, petulance and culpable of speaking inappropriately on all manner of subjects, he could not be changed, and it is his unique style that made the prolific Frenchman so magnifique.

Changing a personality as strong as Cantona’s is an impossible task, and unlike countless managers before him, our treasured chieftain knew that his star-striker would produce the goods on the pitch, regardless of how he went about it.

In the five seasons Cantona spent in Manchester, he won four league titles, clinching the double double, and was awarded countless individual honours. This is what football is all about, and no matter how the results come, it is success on the pitch that really matters.

Eric Cantona revolutionised the way we look at English football, and his arrival coincided with Manchester United becoming the force they still are today.

He may not have been the most orthodox footballer, or kept his opinion under wraps in any shape or form, but the sheer presence of the man is still missed to this day at Old Trafford, and to be still singing his name on the terraces week in, week out, 15 years after his abrupt departure, is testament to the legacy he left.

His film ‘Looking for Eric’ became a smash-hit all over the country, but those who loved The King the most are still searching for another icon to fill the void he so heartbreakingly left.