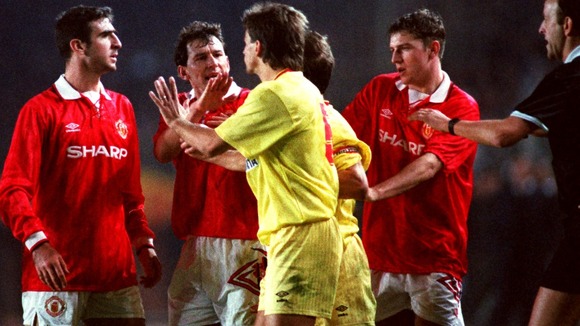 The Turks are stuck in a poor run of results, winning just 3 of their last 10 games in all competitions. They lost to Kaabukspor at the weekend in the Turkish league.

Key Danger-man: Burak Yilmaz having registered on 11 occasions this season in all competitions, scoring almost one – third of his teams goals.

United have successfully navigated their way to the knockout stages as group winners. After last season’s group stage elimination, Sir Alex Ferguson is now taking the opportunity to blood some younger players tonight, providing them with European experience in one of the most hostile and intimidating football cauldrons in the World.

The boss is also using early qualification as an opportunity to rest key players and avoid unnecessary injuries with the Premier league title assault still in focus.

Mike Phelan had this to say, “Our intention this year was to get to the knockout phase very quickly. We were disappointing last season, the players and staff knew that, and I think the supporters wanted a reaction. It was really important that we got into it quickly and we have done that. With four games gone, we are more than happy.”

Interestingly United’s recovery from being 2-0 down against Braga at Old Trafford to go onto record a 3-2 win is only the second occasion the Reds have achieved this comeback in the Champions League competition. The only other game in which United managed this feat and turned it around was in 1999 against Juventus. Where as we will recall Roy Keane selflessly inspired United to a 3-2 win at his own personal cost, missing out on the prestigious Champions League final against Bayern Munich.

Is it too much to look for omens and a second treble? Probably, but never write Manchester United off.

As United and an 18-year- old Gary Neville found out in 1993/94 on their first venture into the newly created Champions League competition, the atmosphere tonight will be ballistic. Gary Neville himself described the tie as “incredible.” He often talks about it as one of those night he will never forget.

Galatasaray are listed in the Guinness Book of Records as the loudest football club in the world. A noise level of 131 decibels recorded for the derby with Fenerbahce last year. Quoted as louder than standing on an aircraft carrier as a military jet with an afterburner takes off 50 feet in front of you.

United’s current set of youngsters are going to have a European baptism of fire tonight. It will be interesting to see how well they can deal with it. Gary Neville, as mentioned above, did it 17 years ago.