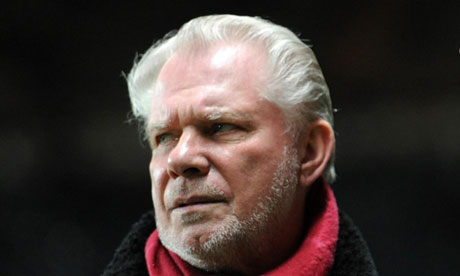 Last week I was invited onto Sports Tonight Live, as a regular reporter on the channel, to ask David Gold about business in football. As you would expect, it was Glazer related. Former FA Chief Executive Mark Palios and British Olympic sprinter Christian Malcolm also featured on The Forum and gave their views.

David Gold has had experience with debt in football after taking over West Ham with David Sullivan in 2010. He explains what it was like coming into a club being weighed down by debt worth £110 million. Gold feels this issue needs to be grasped because he believes debt has to be controlled.

Gold also excited West Ham supporters later in the show by claiming that he would “certainly consider” incorporating safe standing areas into the Olympic Stadium should the Hammers ever move there.