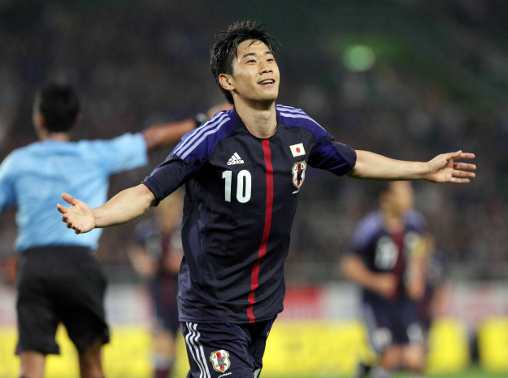 Shinji Kagawa is favourite to pick up the inaugural Asian Football Confederation (AFC) International Player of the Year award, with the Manchester United star named on the three-man shortlist alongside compatriot Yuto Nagatomo and Fulham goalkeeper Mark Schwarzer.

The Australasia award is only available to players who perform from that continent, so it doesn’t really surprise me that Kagawa is in within a shout to claim individual glory having done brilliantly at Dortmund before making the move to Manchester.

Kagawa’s move from the Bundesliga Champions apparently cost the Reds £12 million during the summer. The deal includes separate add-ons which will more than likely be payed down the years.

Kagawa is yet to make a real impression at Old Trafford but in his early arrival at the Theatre of Dreams he looks the real deal. Intelligent whilst in possession, the 23-year-old needs to work on his game off the ball.

Mark Schwarzer the Australian registering to date 149 appearances for Fulham is a serious contender. Although one might feel after the beating they took from Sunderland, Schwartzer may be licking his wounds.

The competition for the award will be decided in the New Year, but I know who I will be voting for. Our new Japanese signing, so much more than a shirt seller as was Park Ji-Sung.