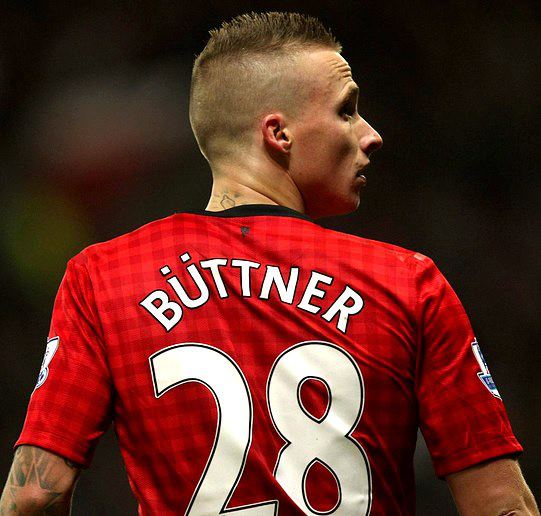 Since joining from Vitesse during the summer, Alexander Buttner has enjoyed life in Manchester despite playing time with the first team being limited.

Buttner could not have wished for a better way to introduce himself at Old Trafford, putting in a good performance against Wigan and scoring a goal on his debut. The signing was influenced by Patrice Evra’s dip in form and with the left back position remaining questionable at times, the Dutch international needs to be patient and take his chances when given.

After Buttner’s impressive performance against Wigan some fans were calling to see him start more often. I’m not quiet sure if I share the same opinion, just yet. It’s a huge jump to make for any player, to England from the Eredivisie, so one performance against a below average side shouldn’t cement a place for anyone is any team. Buttner will be given a chance against tougher opposition, but give him time to settle first.

However, Buttner is happy with the start he’s made and has noticed how much he’s improved alongside the fantastic players in our squad.

“I have played more than I had expected,” he said. “New players tend to be gradually brought into the team at United. It is great to be on the training ground with such fantastic players everyday. It really improves you as a player.”

4 responses to “Buttner: United already improving me as a player”