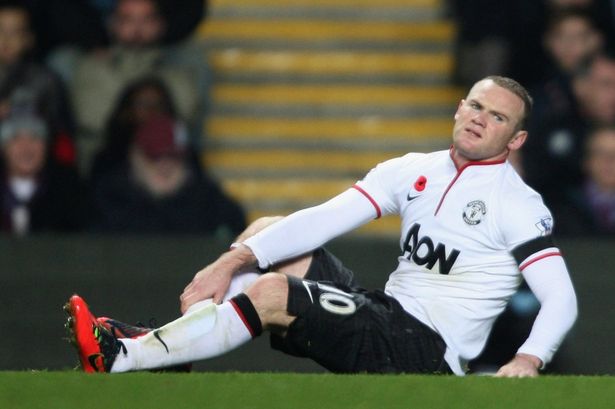 Wayne Rooney and Robin van Persie have been withdrawn from international duty this week after collecting knocks in United’s comeback at Villa Park on Saturday.

Rooney suffered his second injury of the season against Aston Villa and was substituted after 79 minutes. The knock has supposedly effected his ankle, therefore, United’s no.10 has been replaced in Roy Hodgson’s squad by Crystal Place forward Wilfried Zaha.

Robin van Persie, on the other hand, picked up a thigh injury after playing 90 minutes without showing any sign of struggle. Having our two most valuable players missing a pointless friendly fills me with joy as long as their back for Saturday when United travel to Carrow Road. It’s all about priorities.

“Rooney got an ankle knock and he’s got some ice on it,” Sir Alex informed Sky Sports on Saturday. “We’ll see what it’s like tomorrow.”