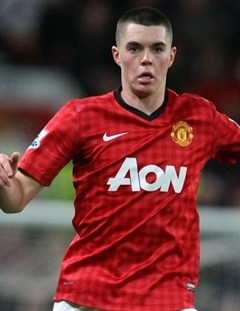 Leicester manager Nigel Pearson has turned to Sir Alex Ferguson in an attempt to boast his side’s chances of gaining promotion from the Championship this year in hope of Premier League football. Talks have began in regard to allowing Michael Keane and Jesse Lingard move to the King Power Stadium on loan.

Nigel Pearson’s side faces Bolton tomorrow night and he hopes the club can complete both signings in time for kick off. He feels his side are still learning as they try come to tearms with gaining momentum to succeed promotion. The United pair will improve his squad.

Michael Keane, aged 19, who will probably build on his trade at centre half, has made two appearances for United in the Capital One Cup games against Newcastle and Chelsea. He picked up unnecessary stick after last week’s tie at Stamford Bridge, where he started alongside Scott Wootton. Perhaps his performance promoted Fergie to allow Keane go in search of experience.

Jesse Lingard, on the other hand, has only played for the first team on pre-season during the summer. He is highly regarded at Old Trafford, so hopefully everything goes to plan.