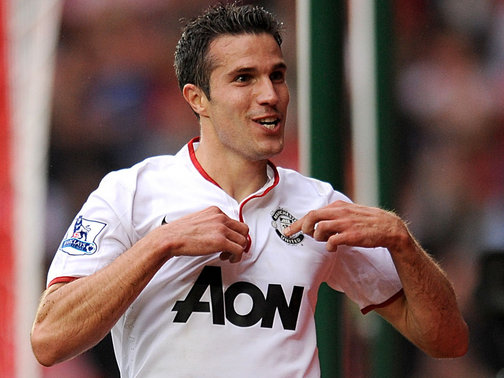 Manchester United veteran Ryan Giggs has hailed the impact Robin van Persie had made since joining the club from London rivals Arsenal. Moving up north didn’t settle nicely with the Gunners, who bizarrely expected a player of Robin’s class to remain with no sign of success coming their way.

Robin van Persie is set to face his former club this weekend since moving in the summer for a fee reported to be worth £24million. He has done magnificently well getting his name on the scoresheet regularly and assisting others in the meantime. The cost reported is worth it when you see a player that has the ability to help win back the title if able to keep himself fit.

Losing your best player and captain is going to be sickening no matter what. Hard to believe it can get worse when you consider it’s to one of their main rivals, Manchester United. Van Persie finished on a high scoring 37 times last season, but since joining United he has nine goals in 12 appearances.

Ryan Giggs said: “When a ready-made, world-class player comes into the team it gives everybody a lift. We’re like the supporters — we look forward to playing with and seeing quality players come into the team. Robin is certainly that. He’s proven that with his goals and all-round play since he’s come to the club.”

Giggs, who is now in his 22nd season at United, also points out that RvP has brought more to United than goals. Something Ferguson promised last season when City won the league on goal difference.

The 38-year-old added: “Robin’s set-piece delivery has been really important to us. It’s a big plus this season that we’re scoring from set-pieces and corners. That’s something we haven’t done over the last few years as often as we’d have liked. So with Robin it’s not just goals you get. He’s helped add more goals to the scoresheet and helped a few different names get on there.”

It’s a given now that Giggs isn’t the player he used to be, but he’s still a key player at United despite having a much more limited role in the team. The Welshman started in Wednesday’s League Cup defeat at Stamford Bridge, in which he scored twice.