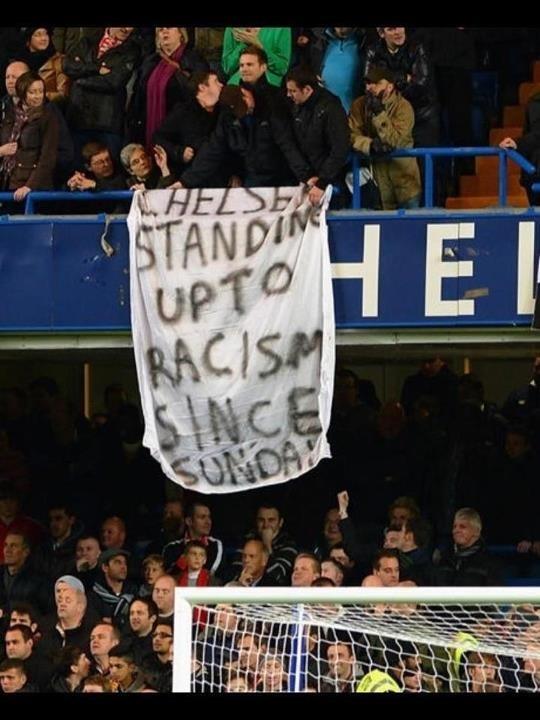 Losing in the League Cup is a tough one to swallow when you see we could have faced Leeds in the next round, but United’s away support made it a night to remember.

I have always said we had the best away support in the league and tonight proved it’s still going strong. Whenever United travel to Anfield you hear our voice over the ‘famous’ Liverpool support, who recently claimed it was disrespectful to chant during their version of ‘You’ll Never Walk Alone.’

In the last week, United have played Chelsea twice. Stamford Bridge isn’t an easy ground to travel to and we picked up our first league win there in 10 years. The game turned out to be another controversial tie between both clubs but perhaps more extreme than usual. Chelsea claimed referee Mark Clattenburg used inappropriate language towards two of their players, which was later reported to be someway racial. That resulted in United fans hanging a banner earlier tonight saying “Chelsea – Standing up to racism since Sunday.” An obvious dig at John Terry.

It got better. The match wasn’t controversial just because of reports published after full time. Mark Clattenburg was caught in the middle of conspiracy missiles due to a number of decisions. Fernando Torres, who was already booked, saw red after exaggerating contact from Jonny Evans in attempt to get the Manchester United defender booked. That rightly backfired seeing as Torres had already got lucky in the first half when he launched a chest high lunge on Tom Cleverley and walked away with just a yellow card.

The reaction from Chelsea fans sounded like something you’d only expect from Merseyside. It gave us a chance to point the finger and laugh which is exactly what we did. 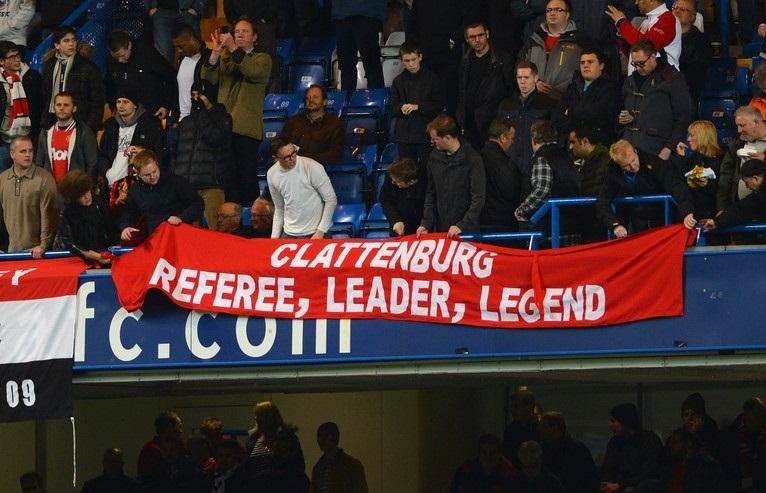