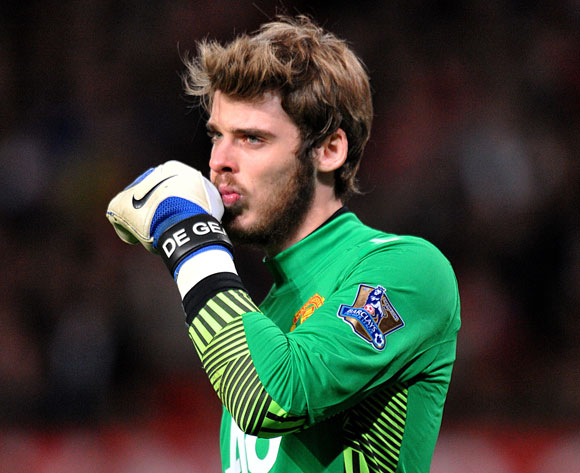 Most of you by now will have heard the David de Gea to Real Madrid stories floating around. But with Iker Casillas on the Spanish side’s books, it’s probably safe to say that most of you are also scratching your heads  why they might be after United’s young keeper. You’re not alone.

The story seems to have originated in the dry, somewhat right-of-centre economics and financial daily La Confidencial last Friday. Hardly a prime source for sporting scoops; but equally not an organ given to spreading scurrilous transfer gossip.

The story appears largely founded upon the identity of De Gea’s representative- the super agent Jorge Mendes- who has the great and good from Falcao, Cristiano, and José Mourinho all the way down to Bébé on his books.

That’s hardly enough ground on which to float this story alone, given that the Portuguese has over 50 current players on his books. The reason it’s gotten traction has to do with the current goalkeeping situation at the Spanish champions.

It’s no secret that there’s been some friction between Mourinho and the Spain contingent within his squad, particularly Sergio Ramos and Casillas himself. Mourinho’s modus operandi is to build a strong bond in this squads, but at times he has found this duo frustratingly insubordinate.

Last January, matters came to a head on the training field following a Copa del Rey defeat against Barcelona. As Mourinho admonished Ramos for his set piece defending, he was confronted by the goalkeeper. Somehow, the conversation between all three made it into the public domain verbatim. Many had suspected such tensions existed, and now there appeared clear evidence.

It was said that either Mourinho or Casillas would be gone in the summer. In the end, this wasn’t the case as Real secured their 32nd league title in May.

It’s telling that whenever Mourinho has looked to make an example of his Spanish players, it’s Ramos who has been the fall guy. This was the case in September where the former Sevilla defender was dropped against Manchester City after the side lost to his former club at the weekend.

But Casillas is a different matter. The working class kid from Móstoles has taken the mantle of club icon, the very personification of madridismo from the legendary forward Raúl. When the fans look at San Iker, they see someone they can identify with a personal and emotional level. And at a club like Real Madrid, this matters.

While the 9 times European champions have always augmented their teams with the very best talent from abroad, ever since the 1950s, they’ve also had their ranks swelled by Spaniards, particularly those from the youth ranks. Casillas is the last player from the set up to establish himself in the first team.

This contrasts sharply with the success of Barcelona’s first team production line, and it’s a contrast that jars with the Madrid faithful. It’s not that their youth set up is broken; far from it. It continues to produce talented players, but these- some examples in the recent past include Juan Mata, Roberto Soldado, Samuel Eto’o, Álvaro Negredo and Javi García– tend to flourish elsewhere having had their path to the senior side blocked the club management’s chronic short-termism.

But there’e also the playing side of things. For the first time in a decade, questions were raised about Casillas’ form last spring. Given the frosty nature of that training ground encounter, it was said that Mourinho was looking elsewhere for a number 1.

One of the names mooted at the time was the Portugal keeper, Rui Patricio, of Sporting Clube. Certainly a talented young keeper, but equally not one in the same stratosphere as the Spain captain.

But even if Mourinho is a man not given to suffering challenges to his authority, he’s also pragmatic creature with finely honed political instincts. Having picked his fights at the club and won them- and in the process gaining a higher degree of personal control than any manager in the modern history of the club- he would be acutely aware that in any battle between him and the Casillas, he would come out worse off.

This brings us to another element mentioned in the article. In the summer, Mourinho fought hard to keep Casillas’ deputy Antonio Adán at the club. A talented graduate of the youth system who would hold down a spot at many other clubs, the 25 year old has only started 8 senior games. In the end, the promise of further Copa del Rey minutes convinced him to stay another year. But this is likely to be last for the former Spanish underage international.

So, on the one hand Mourinho needs a deputy. But, the story goes, Mourinho still seethes against Casillas, who he feels has gotten complacent. A little bit of competition would do no harm in keeping him on his toes.

But don’t worry, for this is where the logic of the article collapses under the weight of its own contradictions.

David de Gea, it notes, is unhappy at the current goalkeeping situation at Old Trafford. He’s fed up with having to share the shirt with Anders Lindegaard, and has made it know to Mendes that he would a favour a move to one of Spain’s big two, specifically Real.

De Gea is highly regarded in Spain, and widely expected him to eventually take over from Casillas in the national team. But if the competition with Lindegaard had irked him, why would he risk retarding his development by playing second fiddle to Casillas now at club level? Despite being a fixture in the side for thirteen seasons, Casillas is still only 31.

Manchester United have no incentive to sell, and certainly not for less than they shelled out to Atlético Madrid for his services. Why then next summer, at a time when the squad will most likely need surgery, would Real Madrid commit major funds to a part of the team that isn’t broken?

No matter which way you look at it, it simply doesn’t add up. Rather, it’s a case in point of the Spanish press putting two and two together and coming up five. Real Madrid are unlikely to making any moves for David de Gea, at least not now. There is probably more chance of cash-strapped Atlético finding the funds down the back of the sofa to bring him back to the Vicente Calderon.

It finishes off by focussing on some other options for Real Madrid. Chief amongst these is Roberto Jiménez, who all but single-handedly kept Real Zaragoza in the top flight last season. The murky move which brought there from Benfica for €8.5m was brokered by-wait for it- Jorge Mendes. Given the dire financial situation at the Aragonese club, who it is assumed have only the merest stake in his economic rights, he looks a more viable target.

As for David de Gea himself, those in the know have not reported any murmurings of discontent emanating from his camp about his rivalry with Lindegaard. Quite the opposite. The Spaniard had enjoyed his short time in England, where he feels he’s learned a lot already. The environment at Carrington is one that can only help him improve his game as he continues to progress.

Joseph is a freelance journalist, who often contributes to the Irish Examiner. Check out his Spanish Football Previews and follow him on Twitter.