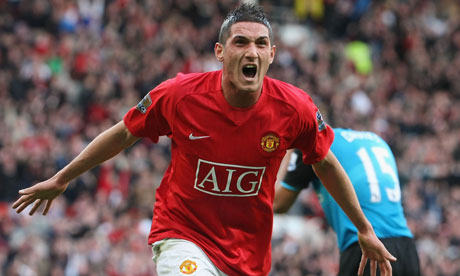 Federico Macheda’s agent has issued a warning to Manchester United suggesting his client may leave Old Trafford in January if he does not get opportunities in the first-team. Giovanni Bia claims he was asked to stay at the club despite receiving interest elsewhere.

Since joining United in 2008, Federico Macheda has failed to develop the way most expected. His debut was one to remember, however, coming on from the bench against Aston Villa on 5 April 2009 and scoring a crucial winner in extra time.

I think the bottom line for Macheda is that he isn’t good enough. Looking at our current squad and the options we have up front, I can’t see him getting an opportunity anytime soon. There’s also a feeling of misfortune surrounding the situation. Macheda’s loan spells with Sampdoria and QPR were unsuccessful and proved to be a waste of time.

The 21-year-old made just 6 appearances for the first-time last year. That’s why I’m curious whether to believe his agent or not when he claims United were reluctant to sell over the summer, especially when Robin van Persie and Angelo Henriquez were brought in.

“How can he be decisive for the team if he never plays?” Bia told ItaSportPress. “Manchester United have some phenomenal players in attack, so it is truly difficult for Federico to find space. It’s not true what they write in the English papers that he’s going through a bad spell. He wants to play and if he cannot do so by January then we’ll try to find an alternative solution. I will talk to Sir Alex Ferguson over the next few days. Federico was requested by German and Spanish teams over the summer, but the English club preferred to keep hold of him. I hope they understand the situation and let him leave in January, because it makes no sense to keep a 21-year-old on the bench.”